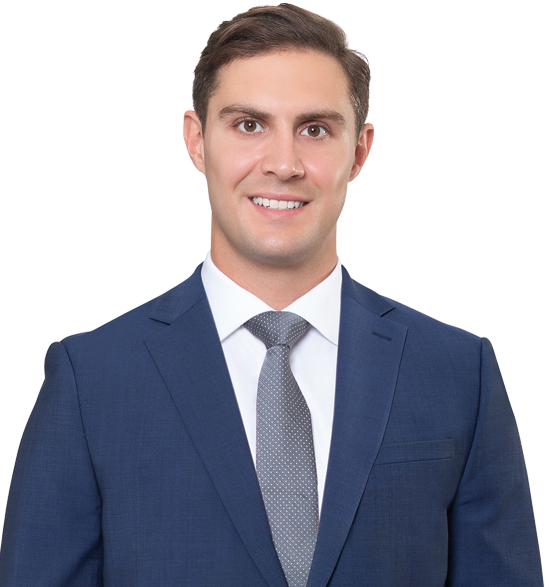 McLeish Orlando is a recognized leader in wrongful death and personal injury law, exclusively representing individuals who have suffered serious personal injury or have lost a loved one through the negligence of others

McLeish Orlando is a recognized leader in wrongful death and personal injury law, exclusively representing individuals who have suffered serious personal injury or have lost a loved one through the negligence of others

Brandon joined McLeish Orlando as a summer student and went on to complete his articles with the firm. After his call to the bar in June 2021, Brandon joined the firm as an associate.

When Brandon was young, two of his family members were killed in a motor vehicle crash as a result of a negligent driver. This motivated Brandon to attend law school and pursue a career as a personal injury lawyer and advocate on behalf of those affected by negligence. Brandon received an Honours Bachelor of Arts degree from the Western University, majoring in Political Science, and earned his law degree from Western University.

While at law school, Brandon served as a volunteer caseworker and student director at one of Western Law’s legal clinics. Brandon was also heavily involved in Western Law’s mentorship program, providing guidance and support to fellow law students. In addition, Brandon was a three-year member of both the Western Law Men’s Hockey Team and the Law Games Team, where he competed in everything from ultimate frisbee to ball hockey. For his contributions to the law school and the community through extra-curricular events and by maintaining a strong academic record, Brandon was awarded the David C. Scott Memorial Award in 2020.