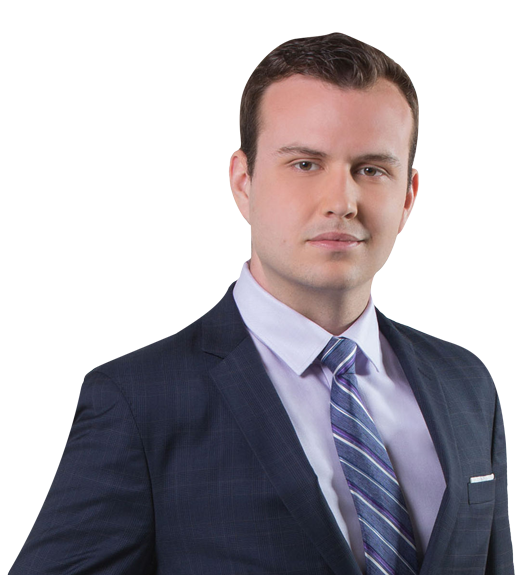 William joined McLeish Orlando as a summer student and went on to complete his articles with the firm. During this time he assisted at a successful 3-week jury trial for a badly injured young lady. After his call to the bar in 2018, William joined Patrick Brown’s team as an associate.

William received an Honours Bachelor of Arts degree from the University of Guelph, majoring in Criminal Justice and Public Policy, and graduated with distinction. William earned his law degree from Queen’s University. Following the wrongful death of a family member, William chose to attend law school and pursue a career as a personal injury lawyer.

While studying at Queen’s, William served as a volunteer caseworker at Queen’s Legal Aid, helping members of the local community with their legal problems. For his legal work, William was awarded the McDougal-Watson Memorial Award for “excellence in file management, hard work and commitment to the achievement and development of the goals of Queens Legal Aid”. As a lawyer, William has appeared at the Licence Appeal Tribunal, the Ontario Superior Court of Justice and the Ontario court of Appeal

Read More
COVID-19 UPDATE: McLeish Orlando remains fully operational during this unprecedented time. We can access all of our client files remotely and are able to provide opposing counsel and judicial officers with documents as needed.More Information Here
+