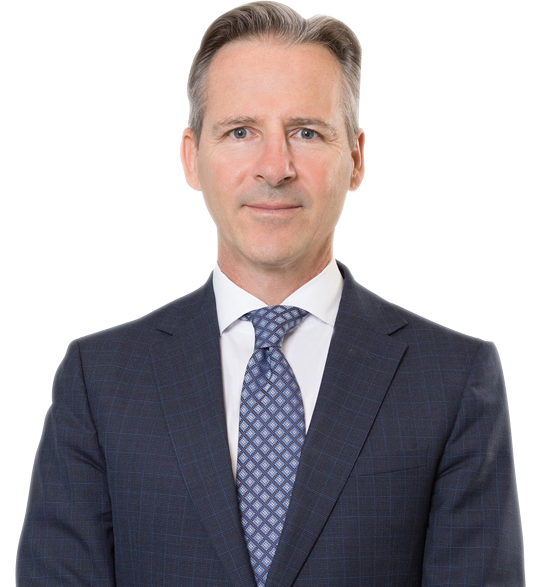 Patrick Brown has been practicing for over 20 years and has dedicated his career to helping those who suffer serious and catastrophic personal injuries as well as those families who have lost a loved one due to the fault of another. He has cases throughout Ontario and is a leader in the area of personal injury law.

Patrick Brown has been practicing for over 20 years and has dedicated his career to helping those who suffer serious and catastrophic personal injuries as well as those families who have lost a loved one due to the fault of another. He has cases throughout Ontario and is a leader in the area of personal injury law.

Patrick Brown is an owner and partner of the firm and has been practicing personal injury in Ontario for over 25 years. His cases have involved children, spinal cord injury, traumatic brain injury, wrongful death, biking/cycling injury, boating, daycare and camp negligence, drowning, road disrepair and motor vehicle collisions. In addition, Patrick has extensive experience advocating for those suffering from hospital negligence and medical malpractice, including birthing and obstetrical trauma, surgical mistakes, and pharmaceutical trauma.

He is one of a select set of lawyers who have been certified as a Specialist in Civil Litigation, voted as a leading lawyer in Best Lawyers Canada, listed as Most Frequently Recommended by other lawyers in Lexpert® and granted the AV Preeminent Rating from Martindale- Hubbell. Patrick is the past President of the Ontario Trial Lawyers Association and was nominated as one of Canada’s Most Influential Lawyers in Canadian Lawyer Magazine. When not working, he enjoys spending time with his family, cycling and playing hockey.

During his career, he has successfully conducted jury and non-jury trials and has been recognized for his advocacy skills. After successfully obtaining the jury verdict in the case of Ishoy v. Abreau, which involved a five-time Olympian who was seriously injured, the trial judge stated “counsel presented their case in a focused, well-organized fashion. Their trial preparation resulted in well prepared and focused witnesses. The charts, aerial photographs, medical illustrations, and demonstrative evidence both assisted the jury in understanding the medical and liability issues…Mr. Brown was lead counsel …his closing address to the jury was dramatic, focused and effective.” After obtaining a multi-million dollar award in Roberts v. Morana, a case involving road disrepair, Justice O’Brien noted “I have not seen a case which has been better prepared or presented than this one.” His advocacy skills have assisted Patrick in ensuring his clients are awarded fair and reasonable awards.

Patrick is the author of law books, lectures widely to other lawyers, and is the Civil Subject Matter Expert for the Ryerson Law Practice Program. Patrick proudly sits on the Steering Committee of Friends and Families for Safe Streets and is the lead organizer of the Vulnerable Road User Coalition of Ontario.

He has been a guest speaker across Canada and has been appeared on television and talk radio including Canada AM, CBC News, CP24, CTV News, Global Morning Show, CityTV News, CFTO, Le Drew Live, Goldhawk Fights Back, John Moore Show 1010, Dave Agar Show 1010, Live Drive John Tory, Moose FM, 680 and other talk radio shows in the province. He also started and continues the annual Toronto Helmet on Kids program where he and his firm have donated over a thousand helmets to children across Toronto to reduce head injuries. He was Co-Chair with Dr. Charles Tator for Concussion Ontario on their Recognition and Awareness Committee which seeks to prevent the impact of concussions within team sports. He is a former director and founding member of CycleToronto, a proud member of Bike Law and the Chair of the Ontario Safety League. He is the Past Chair with the Ontario Bar Associations Insurance Law Section. He frequently attends at Queens Park and Government Ministries regarding legislative reform and consultation.

“Should you need a personal injury lawyer who approaches your matter with compassion, understanding and effective research – you can rely on Mr. J. Patrick Brown, of McLeish Orlando. With Patrick Brown as counsel, you can be assured the outcome will be positive when your future well-being and dignity depends on the effectiveness of your lawyer. I cannot thank Patrick Brown and his proficient staff enough for assisting me in getting where I am today.”
-Ann Simmons

“To be in a serious car accident that was not your fault and to subsequently realize that life as you knew it has been permanently taken from you is very frightening. I didn’t anticipate a battle with my insurance company and was blindsided when they cancelled all benefits. A friend recommended calling Patrick Brown at McLeish Orlando for help. Pat immediately began the process of getting benefits reinstated and came up with a comprehensive course of action. He was determined and tenacious in his representation of our claims. Ultimately, Pat’s expertise and skill as a litigator provided us with a good resolution. I can’t thank Patrick Brown enough and wholeheartedly recommend his services.”
-Lesley Bolton

“Patrick Brown is an excellent lawyer. I was injured by a motorist breaking a red light at a crossroads intersection while I was cycling home. I was unfamiliar with Canadian law and lawsuits in general. Patrick was recommended to me by a cycling advocacy group. At each stage I was informed about what was going on, everything was explained to me in layman’s terms, and his assistants at McLeish Orlando were extremely helpful during what was a very difficult time for me. My injuries required two surgeries and I was unable to work during my recovery period. Patrick gave me first class advice on what course of action to take; he fought the defence on every point, and encouraged me to remain patient despite ‘low ball’ offers of a settlement. In the end, Patrick and his team secured an excellent compensation for me. He was friendly, articulate, and determined to secure a favourable result. I would recommend him to anyone, and I sincerely thank him for his time and work that he put in on my behalf. ”
-Kevin O’Donnell, Kaiser Permanente

“There are no words to express how much Patrick Brown’s caring, compassion and dedication have meant to our family. Without him, there would have been no accountability or closure respecting my husband’s tragic death in 2007. He and his team are a unique and amazing group of people, and they have touched our lives forever.”
-Linda Longauer

“J. Patrick Brown, at McLeish Orlando, is a professional lawyer who provided me with a great resolution after I was struck down on my bike by a drunk driver and suffered a head injury. Not only did he ensure I had the rehabilitation and treatment needed to help me get better, he fought hard against the defendant to obtain a financial result that will help me as I move forward in life. Patrick and his excellent team looked after many complicated details which occurred during the course of my case. They were always forthcoming with updates and information that was relayed in a way that people who are not familiar with the civil lawsuit process could understand with ease. The firm strives to provide a positive outcome for all their clients/victim-survivors of serious motor vehicle accidents. I strongly recommend Patrick Brown and his team for others who have been injured in serious motor vehicle accidents.”
-Willem Loyen