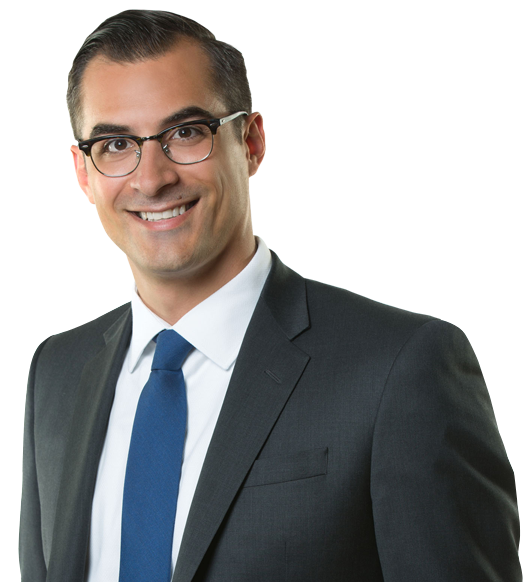 Nick Todorovic first joined McLeish Orlando as a summer law student in 2014. He went on to the article and after his call to the bar in 2016, became a lawyer on Patrick Brown’s team.

Nick’s unique approach to personal injury law partly comes from completing a PhD in organic chemistry and spending years in a laboratory researching pharmaceutical drug candidates for various cancers and antibiotic resistances. His analytical skills allow him to think outside the box when advocating for victims and maximizing their awards.

The discipline he obtained from national-level competitive swimming allows him to achieve awards for victims at a much faster pace. Nick is no stranger to litigating high-profile cases involving boating deaths, municipal liability, ethanol lamp explosions, cycling crashes and multi-trauma motor vehicle crashes. Nick has also been successful at various levels of courts in obtaining instrumental judicial decisions and advancing victims’ rights.

His passion for cycling makes him a zealous advocate for vulnerable road users. Nick is also actively involved in the Serbo-Croat community in providing victims access to justice. Nick has also sat on the board of directors for the Brain Injury Association of Peel and Halton and enjoys speaking at conferences to educate others about personal injury law.