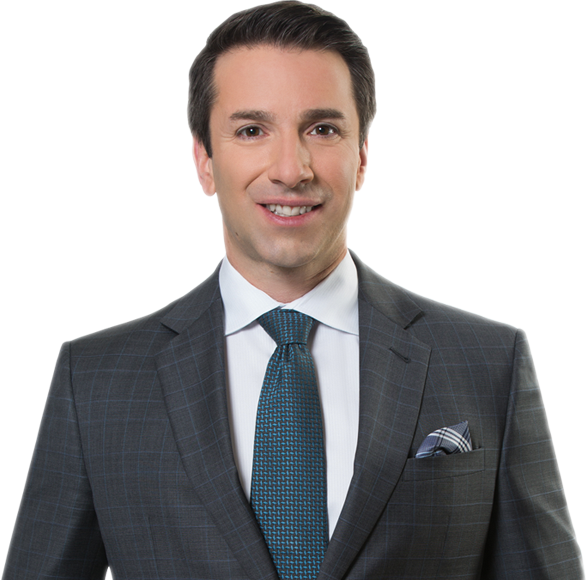 Dale was called to the Ontario Bar in 1996. He is a Past President of the Ontario Trial Lawyers Association and has been chosen by peers for inclusion in Best Lawyers® in Canada and the Canadian Legal Lexpert® Directory.

Dale was called to the Ontario Bar in 1996. He is a Past President of the Ontario Trial Lawyers Association and has been chosen by peers for inclusion in Best Lawyers® in Canada and the Canadian Legal Lexpert® Directory.

In 1991, Dale graduated with a B.A. in Economics from McMaster University and in 1994 went on to obtain his law degree from the University of Western Ontario.

Dale founded McLeish Orlando along with John McLeish in 1999. Since that time, the firm has worked exclusively in the area of personal injury/wrongful death litigation on behalf of plaintiffs. McLeish Orlando has been recognized as one of Canada’s top 10 personal injury law firms as voted on by other lawyers in the bi-annual Canadian Lawyer Magazine survey.

He is a Past President of the Ontario Trial Lawyers Association and is a member of the Toronto Lawyers Association and the Advocates’ Society. Dale is Certified as a Specialist in Civil Litigation by the Law Society of Upper Canada. Most recently, Dale has been selected by his peers as “Most Frequently Recommended” in the Canadian Legal Lexpert® Directory and listed each year in the Best Lawyers in Canada Registry since 2010.

Dale’s practice is dedicated exclusively to personal injury and wrongful death cases, acting on behalf of injured people and their family members. He finds that it is the most fulfilling and rewarding type of work that you can do as a lawyer.

Hi Dale, Alison, Kimberly, Nicole, and the entire team of medical support staff,
Words cannot sufficiently express our gratitude for your guidance, support, caring, and hard work….we could go on and on……! You put together an amazing team, and met all of M’s challenges with such dedication that we always felt secure in knowing that, no matter what, you and your team would find the best possible solutions.You are amazing individuals. Apart from the obvious professionalism of your respective companies, your genuine caring, and openness to listening to clients, sets you apart. We would like you to know that you all gave M all the tools he needed to maximize his recovery. He is sure to spend his lifetime…giving back..equally! Please forward this email to all support staff that worked with M as we truly appreciate the utmost attention, kindness, knowledge, and support he received at every stage of his recovery. We honestly could not imagine having gone through the process without you! You all have our family’s deepest gratitude for life! Best wishes to all for continued success in your respective careers…you are all truly exceptional, as professionals and as human beings!
Sincerely,
The G Family

Dear Dale,
This message is long overdue, however, on behalf of our entire family, we wish to express our utmost gratitude and appreciation toward you and your staff at McLeish Orlando. The dedication, professionalism and consideration exhumed towards J’s healthcare needs has lifted everyone’s spirits as a feeling of positive direction has been initiated.
We truly feel blessed to have had your firm represent J’s care and offer a sense of calm when we urgently needed it many times!
In closing, we wish all of you good health and continued success in a much needed service provided by McLeish Orlando.
Sincerely,
R, J and Family.

Dear Dale, Joseph and the rest of your wonderful staff,
You have worked so hard for me over the last three years and I will never forget you all. I feel like I will get somewhat of a new start on life hopefully. I have to stay positive that I will not have to have another surgery. I would like to thank Kimberly for answering all my questions and also for all the positive thoughts and taking time for me. I am going through a lot, but I have great friends and family that are helping me through it, but now I have a new house to start new memories and I will always be thankful.
Yours truly, S

Dear Dale:
We want to thank you and your staff for your support over the past 3 ½ years. At the outset, we didn’t realize how difficult to process this would be, but fortunately we picked the right firm to represent us. We would certainly recommend McLeish Orlando to anyone that asks.
Yours gratefully,
C

Mr. Dale Orlando,
I wish to express my sincere gratitude to you and the staff of your office for having handled my case very satisfactorily. I am very thankful.
Yours truly
H

To Dale, Loretta, Kimberly and all the wonderful staff who worked on our file.
Thank you all for your kindness and sensitivity in all your dealings of our file. We feel truly blessed to have been guided through such a difficult ordeal with the expertise and warmth of such an amazing team.
D Family

Dear Dale:
Thank you for giving me the most wonderful ladies in your office to help me. Their kindness, patience and knowledge is helping me so much though this difficult process. I do appreciate it more than words day.
Sincerely,
HG

Dear Dale, Joseph, Sal and Staff,
Thank you for all your support and efforts over the past few years. We appreciate the expertise and hard work from the McLeish Orlando team.
Best, BN

Dear Mr. Dale Orlando,
Thank you very much for all your help and generosity during what was a very trying time for me. Your kindness is very much appreciated.
Sincerest regards,
MF