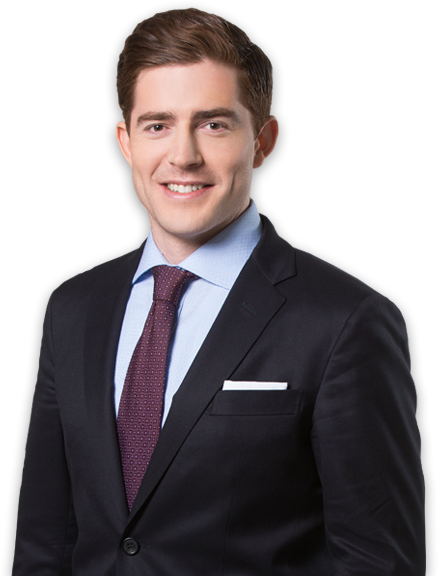 Michael is an associate lawyer at McLeish Orlando. His practice is devoted exclusively to representing people who have suffered serious or catastrophic injuries or lost family members through the fault of others.

Michael is an associate lawyer at McLeish Orlando. His practice is devoted exclusively to representing people who have suffered serious or catastrophic injuries or lost family members through the fault of others.

Michael graduated from the University of Toronto Faculty of Law in 2013 where he served as Editor-in-Chief of the Law Review. He won numerous awards and accolades for his legal writing and advocacy, including 1st place in the Davies Ward Philips Vineberg LLP national moot court competition. He served as a peer mentor and volunteered with Lawyers Feed the Hungry.

Prior to law school, Michael obtained extensive training in the health sciences, helping him understand the medical problems involved in serious personal injury cases, particularly those involving traumatic brain injuries. He was awarded a Master of Science degree from the Centre for Neuroscience Studies at Queen’s University in 2010 and has delivered presentations and lectures on a variety of neuroscience topics at national and international conferences in the academic community.

Michael began his legal career working for a prominent insurance defence firm in downtown Toronto. in 2015, he chose to leave this practice and devote his work exclusively to helping injured people and their families.

Outside of work, Michael enjoys playing hockey and travelling. He is a member of the Ontario Trial Lawyers Association, Law Society of Ontario and Advocates’ Society.

Read More
COVID-19 UPDATE: McLeish Orlando remains fully operational during this unprecedented time. We can access all of our client files remotely and are able to provide opposing counsel and judicial officers with documents as needed.More Information Here
+