Scarring Meets the Threshold Under the Insurance Act 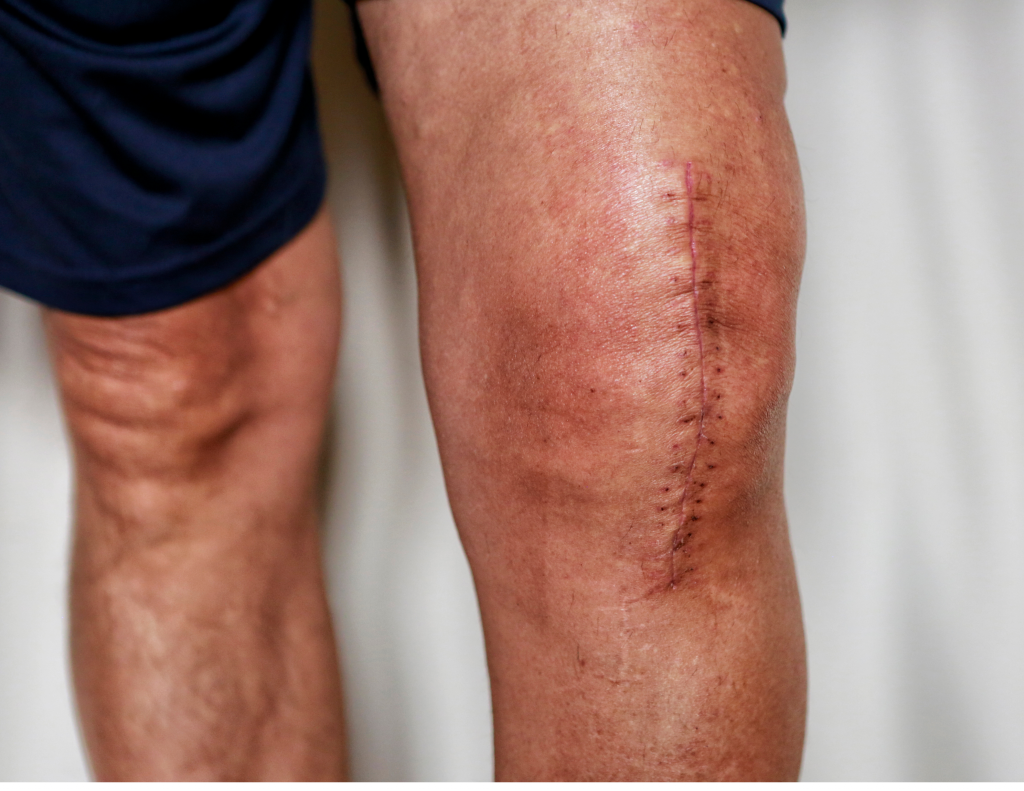 Yes, according to LaForme J (as he then was) in Zelney v Zelney, 1996 CarswellOnt 3848, and Doyle J in Carroll v Gilbert, 1994 CarswellOnt 3685.  However, the leading case on this issue remains Meyer v Bright, 1993 CanLII 3389 (ON CA), which along with Dalgliesh v Green and Lento v Castaldo form the trilogy of decisions that first interpreted the then newly enacted “threshold” provision under s. 266(1) (now s. 267.1) of the Insurance Act.

Briefly, s. 266 was enacted at the same time as Ontario created the no-fault benefits regime.  The five-judge panel in Meyer found that the purpose of s. 266 was to significantly limit the right of motor vehicle collision victims to sue third parties in exchange for more generous first-party benefits regardless of fault.  For reference, the current provision states:

(5) Despite any other Act and subject to subsections (6) and (6.1), the owner of an automobile, the occupants of an automobile and any person present at the incident are not liable in an action in Ontario for damages for non-pecuniary loss, including damages for non-pecuniary loss under clause 61 (2) (e) of the Family Law Act, from bodily injury or death arising directly or indirectly from the use or operation of the automobile, unless as a result of the use or operation of the automobile the injured person has died or has sustained,

(a)  permanent serious disfigurement; or

The Meyer panel concluded that for an injury to meet the threshold under ss. (a), the disfigurement had to:

In Dalgliesh, the 74-year old plaintiff’s 15-inch abdominal scar was found not to be serious although it was a disfigurement.  This was because the scarring did not cause any changes of clothing or lifestyle, and the Plaintiff maintained that it would never be seen by anyone.  Indeed, the panel wrote:

This scar has had little, if any, effect upon the life of Mrs. Dalgliesh. It is in a place where it would not normally be seen by others and in a part of her body which she had no intention of exposing to the view of any other person.

By contrast, the scarring met the threshold in Zelney and in Carroll.

In Zelney, the Plaintiff had scarring along both legs and her left elbow as well as minor scarring on her face.  LaForme J found that the arm and leg scarring met the test set out in Meyer because it would have a serious negative and harmful effect on her due to its location and extensive nature.  In describing the scarring, LaForme J wrote:

It is clear that the scars to the plaintiff’s arms and legs could be covered with very specific clothing but that they would be totally exposed and visible were the Plaintiff to wear shorts, a bathing suit or indeed, ordinary clothing which other women of her age and circumstance would freely wear. As I found, this woman is an active mother who is determined to continue on with her activities as before but I am convinced that she will always be self-conscious and embarrassed by the scars. In my view they will effect her ability to enjoy her life as she has been used to and it will require tremendous effort on her part to cope with the embarrassment and emotional stress that she must feel during those times of the year when warm weather attire will be worn, or when she is intimate with her husband.

Melissa Carroll had a job as a lifeguard and taught others how to swim. Every single scar, except possibly the one on her right hip, could not be hidden if she puts on a bathing suit. She has already said she was embarrassed because of the scarring and this when she was barely sixteen years of age when the accident happened. Being so successful at swimming, she would probably be swimming for most of her life, that is, unless the embarrassment causes her to avoid swimming pools. There is a disfigurement, it is permanent and it is serious because of the effect on Melissa’s life.

Accordingly, scarring on its own can meet the threshold where others are likely to see the scars, resulting in a change of behaviour by the Plaintiff.