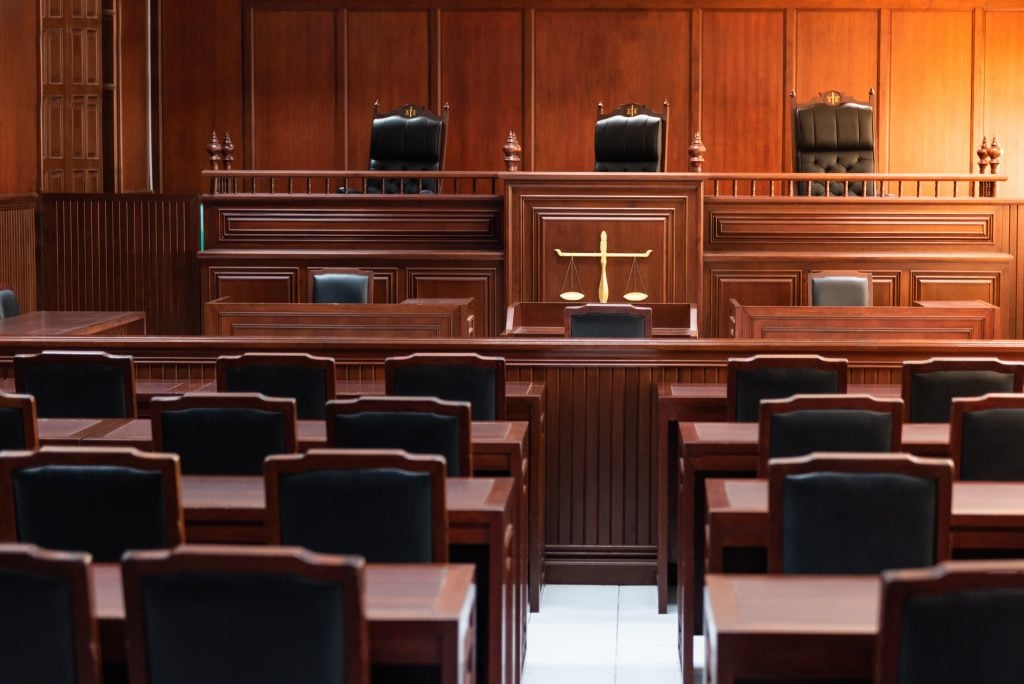 The Court of Appeal for Ontario in Louis v Poitras, 2020 ONCA 815 recently granted the Plaintiffs’ motion for a stay of the Divisional Court’s Order in which it allowed the Defendants’ appeal from the motion judge’s decision to strike the jury notice in light of the COVID-19 pandemic.  The Court of Appeal also ordered that the Plaintiffs’ motion for leave to appeal from the Divisional Court’s Order and the appeal on the merits be heard on an expedited basis given that the trial in this action was scheduled to commence on February 22, 2021.

The Court considered the three-part test on a motion to stay an order pending appeal pursuant to R63.02(1)(b) as set out by the Supreme Court of Canada in RJR-MacDonald Inc v Canada (Attorney General), 1994 CanLII 117 (SCC):

Here, the Court found that all three factors supported a stay of the Order.

On the seriousness of the question to be tried, the Court found that the Plaintiffs had raised a very serious question as to whether there was a basis for the Divisional Court to conclude as it did that the motion judge had acted “arbitrarily” in granting the motion to strike the jury notice.

The Court concluded that the findings of the Divisional Court could not be reconciled with the motion judge’s analysis.  The Divisional Court had found that that the motion judge lacked a foundation to find that delay created by the pandemic had caused any prejudice.  It had also concluded that the mere fact of delay in the absence of information about this particular action could not justify granting a stay.

The Court disagreed and noted that the motion judge had indicated that only a single jury trial could be heard at a time in the relevant courthouse, that it was unknown when or how a jury trial could be heard in this action and that non-jury trials of less than three weeks could be heard within six months.  In addition, and contrary to the view of the Divisional Court on this issue, the Court conclusively held that “Delay in obtaining a date for a civil jury trial can, by itself, constitute prejudice and justify striking out a jury notice.”

The Plaintiffs had further satisfied the “serious question” threshold imposed by Sault Dock Co Ltd v Sault Ste Marie (City), 1972 CanLII 572 (ON CA), in the context of a motion for leave to appeal an order of the Divisional Court.  The serious question advanced by the Plaintiffs which raised a matter of public importance was whether:

In the age of Hryniak, Jordan, and now COVID-19, should intermediate appellate courts – such as the Divisional Court and the Court of Appeal – support or restrain efforts by motion judges, exercising their discretion regarding the timing and mode of determining a civil proceeding, to find solutions that achieve the fundamental mandate of r. 1.04(1), namely the “most expeditious and least expensive determination of every civil proceeding on the merits”?

As to irreparable harm, the Court found that the Plaintiffs had satisfied this branch by establishing that they would lose their February 22, 2021 trial date if the Order was not stayed, and that the trial would be adjourned for an uncertain and incalculable length of time.  Were the stay not be granted, the Court found, the Defendants’ jury notices would remain in effect and support their requests to vacate the trial date scheduled for February 22, 2021.

Interestingly, and contrary to the motion judge and Divisional Court’s view, the Court also agreed with the Plaintiffs that delaying the start of trial would cause additional prejudice in the form of further loss arising from the 70% cap on the gross income lost before trial.  This further loss caused by the postponement of trial to some unknowable date could not be recovered by the Plaintiffs, and in the Court’s view went to the irreparable harm of not granting the stay.

As to the balance of convenience, the Court found that the Defendants had failed to articulate in specific functional terms, what—if any—disadvantage they might suffer if the action was tried by a judge and not a jury.  In the absence of such evidence, the Court found “that the balance of convenience overwhelmingly favours granting the requested stay.”

In the result, the Court granted the Plaintiffs’ motion for a stay of the Divisional Court’s Order.  The Court also requested that the Parties work together to identify dates between January 18 and February 5, 2021 for the hearing on the leave motion and appeal on the merits.  Stay tuned for what happens next!