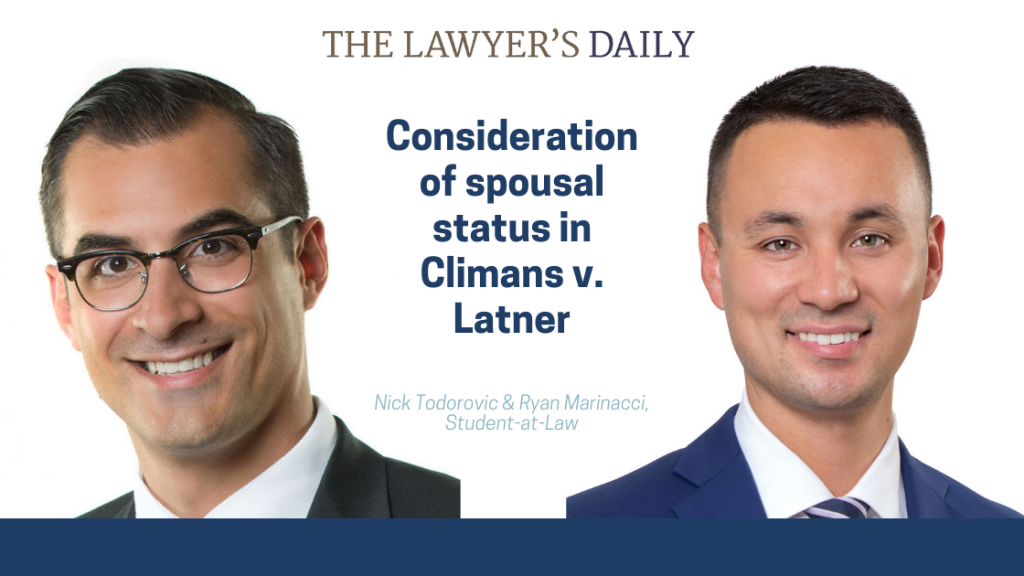 The issue was whether the Applicant met the definition of “spouse” under FLA s. 29.  She and the Respondent had been in a relationship for 14 years but had maintained separate residences the entire time. Despite their separate households, Justice Shore concluded that the Applicant and Respondent were spouses under the FLA.

Justice Shore acknowledged that this was not a clear-cut case.