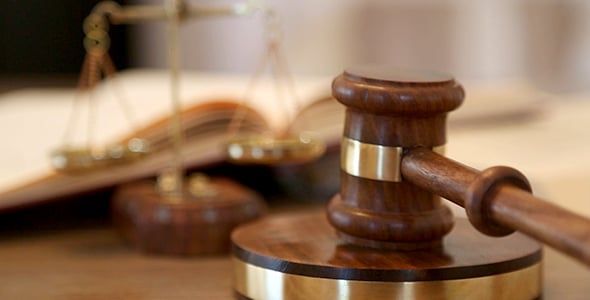 A recent decision from Ontario’s Superior Court of Justice affirms the importance of cogent evidence, including expert evidence, for injured plaintiffs seeking recovery of damages in court.

At a civil jury trial involving a personal injury matter, jurors will be asked to make their decision by answering questions agreed upon by the parties or ruled upon by the presiding judge.

The test for putting a particular question to a jury is a fairly simple one. It has been affirmed by Ontario’s Court of Appeal in MB v 2014052 Ontario Ltd. (Deluxe Windows of Canada) and upheld in subsequent decisions since. Simply put, the question to be asked is whether there is some “reasonable evidence” upon which a jury, acting judicially in accordance with a judge’s instructions on the law, could make a choice in arriving at a finding. If the answer to this question is not yes, a question will not be put to a jury.

The term “reasonable evidence” has been further elaborated on by the Honourable Justice Beaudoin in the recent case of McNamee v Oickle, discussed below.

The Plaintiffs, Catherine McNamee and John McNamee were injured in a motor vehicle collision on February 11, 2014. Among the damages sought at trial were future costs of physiotherapy and medication, John’s massage therapy, as well as damages for John’s past and future loss of income and loss of economic opportunity/loss of competitive advantage.

Justice Beaudoin was asked to determine which questions could be put to the jury, following the hearing of evidence from both parties.

During the trial, the Plaintiffs called evidence from a variety of witnesses, including Catherine and John themselves, various medical professionals, and actuaries. The Defence argued that there was a lack of evidentiary foundation upon which damages could be awarded, particularly as it related to the necessity, frequency or specific costs of any of the therapies or medications, and the nature of John’s vocational disadvantage. The Defence argued that the Plaintiffs’ positions on these issues were not based on cogent evidence, but rather speculation, and as such, questions based on these issues should not be put to the jury.

Justice Beaudoin ruled that there was insufficient evidence called to support medical justification and costing for physiotherapy, massage therapy, and medication for John. Therefore he declined to allow requests for these health care expenses to go to the jury.

In deciding, Justice Beaudoin quoted the decision in Mundinger v Ashton, noting, “A plaintiff claiming damages for past or future health care costs must provide the jury with some precise calculation either from an expert witness or through the introduction of relevant invoices from which an accurate calculation can be made. Future health care costs should be supported by expert evidence indicating the anticipated frequency and duration of the recommended health care.”

With respect to John’s claims for past and future loss of income, Justice Beaudoin applied the same principles, and declined to have any income loss theories put to the jury. The judge found there was no evidence to support the assumption in the actuary’s report, nor was there any evidence upon which the jury could determine his pre-accident earning capacity.

This case serves as a firm reminder that Plaintiffs’ counsel and their experts (accounting, future care and medical) must provide sufficient evidence to substantiate a theory of damages before  a jury will be able to consider the theory. This will likely require the use of expert evidence at trial to outline the specific care needs of an injured Plaintiff, including both frequency and duration. It will also be important to lead expert evidence as to the costing of these needs and the present value of such costs.

When it comes to economic loss claims, a Plaintiff will be required to produce actual evidence of income or expectation of income when claiming a loss. This will include outlining the Plaintiff’s past and current income calculations, as well as leading specific evidence of what a Plaintiff could have expected to earn into the future. Simply relying on assumptions will not be sufficient at trial. A forensic accountant expert can assist in breaking down calculations of a Plaintiff’s economic loss to the jury.

Ultimately, it will be up to Plaintiffs to provide jurors with the necessary tools to determine that the damages they seek are reasonable and necessary. An effective way of doing so can be through the use of expert evidence, as described above. Without doing so, Plaintiffs will risk being unable to recover damages for their losses at trial.

For more information on the admissibility of expert evidence at trial, check out our blog here.