The Corroborative Evidence Requirement Under the OPCF 44R 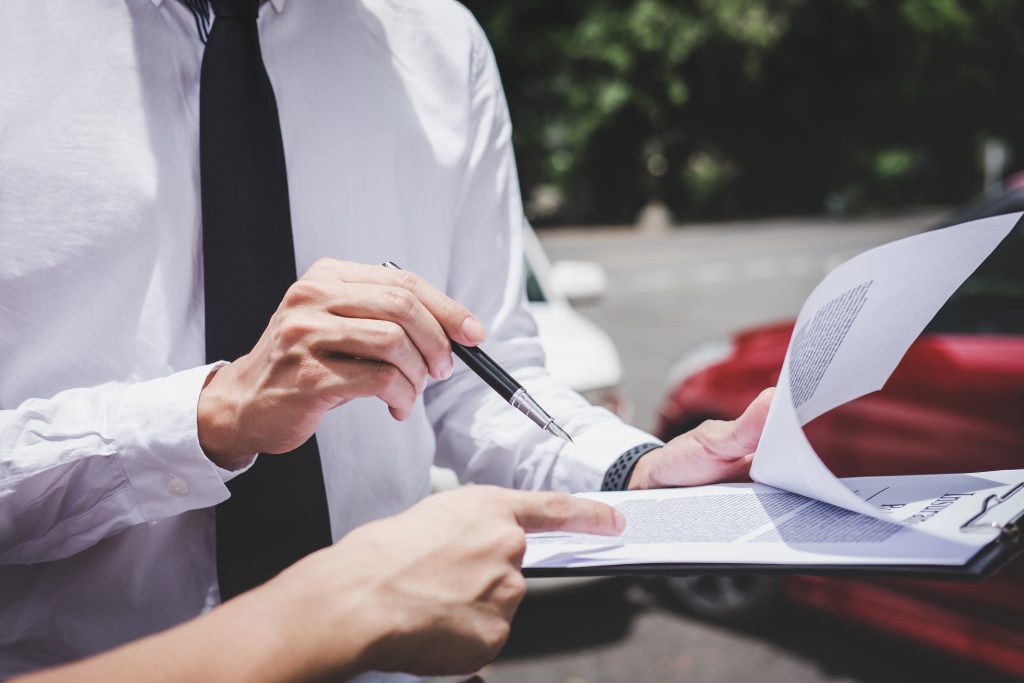 Under Ontario automobile policies, the OPCF 44R Family Protection Coverage is optional auto insurance coverage Ontario drivers may purchase. If you are injured in an accident, this endorsement is meant to make up any difference between the third-party liability limit of an at-fault driver and your own coverage. The OPCF 44R coverage also protects you in the event you are injured in an accident caused by an unidentified driver.

There are barriers to accessing coverage for an accident caused by an unidentified driver. Under section 1.5(D) of the OPCF 44R, where an insured alleges that the accident was caused by an unidentified driver, the insured must provide “other material evidence” that corroborates that of the insured. This is defined to mean i) independent witness evidence, other than evidence of a married spouse or common-law partner of more than three continuous years of cohabitation or have cohabited in a relationship of some permanence if they are the parents of a child, or ii) physical evidence indicating the involvement of an unidentified vehicle. The corroborative evidence requirement seeks to ensure that there exists evidence from a source extraneous to the insured that tends to show that the insured is telling the truth.

Pepe v State Farm is a seminal Court of Appeal decision relating to what constitutes independent witness evidence. In Pepe, the insured was injured in a single-vehicle accident which he claimed occurred when he swerved to avoid an unidentified driver. His girlfriend was in the car and was also injured. As a result of the accident, the insured sued his own insurer, State Farm, claiming coverage for his injuries caused by the negligence of the unidentified driver. State Farm denied coverage under the OPCF 44R, saying that the insured’s girlfriend could not satisfy the independent witness evidence requirement under section 1.5(D)(i) of the OPCF 44R. The motion judge ruled in the insured’s favour. State Farm appealed.

The Court of Appeal held that there was no doubt that under the common law requirements or Ontario’s Evidence Act, the evidence of the insured’s girlfriend was capable of corroborating the insured’s evidence. The Court further noted that nothing in the language of the section could justify extending the categories of persons who cannot give corroboration to the much broader group of persons having a close personal relationship with the claimant. Extending the categories of those persons who cannot provide corroborative evidence would significantly reduce the circumstances that coverage would be available. Therefore, the Court found that since the insured’s girlfriend’s evidence was corroborative, the insured’s claim for coverage under OPCF 44R could proceed.

In Azzopardi v John Doe and The Personal Insurance Company, the insured was involved in a single-vehicle accident which he claimed occurred when an unidentified vehicle cut him off while he was riding his motorcycle. In his discovery and affidavit evidence, the insured deposed that following the collision, two men approached him and told him they had witnessed the collision but did not get the license plate number of the unidentified vehicle. No identifying information was obtained from these witnesses. The police did not attend the scene on the day of the collision. The motor vehicle accident report indicated the involvement of an unidentified vehicle. The Court held that the physical evidence requirement of section 1.5(D)(ii) is not limited to those situations where there is physical evidence at the scene which may be consistent with the plaintiff’s version of events, such as skid marks or contact between the vehicles. The Court went on to say:

[27] To limit the section in this way would… create an unintended and unfair restriction in coverage, and preclude potential recovery in those situations where there is no contact between vehicles and no skid marks or other physical evidence at the scene. The section does not by its wording place such limits or restrictions on what can constitute “physical evidence.”

[28] OPCF 44R coverage is remedial. As a result, it is to be interpreted broadly and liberally… If such restriction was intended, the section would say so.

The Court found that the consultation report of the doctor, stating the injuries that were unique to the case and confirmed by way of x-ray, could corroborate the insured’s version of events. Such evidence would qualify as “physical evidence indicating the involvement of an unidentified vehicle” for the purposes of section 1.5(D)(ii).

In Mazinani v John Doe, the insured was riding his motorcycle with his friend as a passenger when he allegedly collided with an unidentified vehicle after it ran a stop sign. The Court held that the notes of the attending police officer and a photograph of the damage to the bicycle were sufficient physical evidence to satisfy section 1.5.

[22] It is important to note that the section uses the word “indicate,” not “prove.” Clearly, the tire marks could not, on their own, prove that the plaintiff’s vehicle was run off the road by another vehicle. Without a doubt, the tire marks are capable of many interpretations. The plaintiff could have taken evasive action because a dog or a deer ran out in front of her, or she could have entered the curve on the left side of the roadway and driven off the road due to inattentiveness. However, just because alternate possibilities can be postulated, does not render the physical evidence valueless as corroboration. Circumstantial evidence, on its own, frequently leads to many possible inferences. The question here is whether it serves to indicate that another vehicle was involved, which caused the plaintiff to take evasive action. In my view, it does.

Azzorpardi and Mazinani establish a seemingly low threshold for meeting the physical evidence requirement of section 1.5(D). The case law is constantly evolving, but for now, drivers involved in an accident caused by an unidentified vehicle can take some solace in knowing that the burden for meeting the corroborative evidence requirement is not a particularly high one.