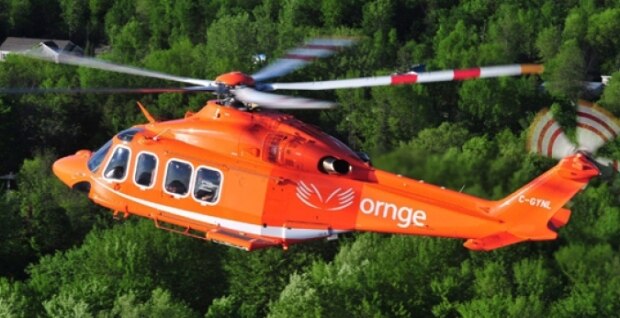 The case of Snowball v Ornge, 2017 ONSC 4601, has opened the door for family members to bring an action in negligence to claim damages for mental distress that resulted from the death or injury of their family member, without having been there to witness the incident.

In Snowball v Ornge, Christopher Snowball was a paramedic who lost his life aboard an air ambulance helicopter operated by Ornge in Moosonee, Ontario. The helicopter crashed and burned, killing all four on board, including Christopher, two pilots, and another flight paramedic.

Christopher’s then 16 year old daughter and his parents brought an action in negligence against Ornge for damages for their mental distress and for damages under s. 61 of the FLA. In their Statement of Claim, the Snowball family outlined the particulars of their mental distress stemming from Christopher’s loss. These mental injuries included “intense and prolonged physical distress at exposure to cues that [reminded] them of Christopher, dissociative reactions, persistent negative emotional states, recurring ruminations over the horrible manner in which the late Christopher Snowball met his death, and the terrible agony he endured before perishing,” among other symptoms.[1]

The defendant, Ornge, brought a motion to strike the plaintiffs’ claim for damages for mental distress pursuant to Rule 21 of the Rules of Civil Procedure. Ornge submitted to the court that on the facts of the case there was no right of action for mental distress damages arising from a negligently caused death. Ornge maintained that the only way to meet this threshold was if the plaintiffs witnessed the incident or its aftermath.

Justice Faieta of the Ontario Superior Court of Justice dismissed Ornge’s Rule 21 motion to strike out the plaintiffs’ claim for mental distress damages. Justice Faieta relied on the Supreme Court of Canada’s ruling in Saadati v Moorhead, 2017 SCC 28, to come to the conclusion that the plaintiffs’ claims for mental distress following Christopher’s death might succeed, even though they were secondary victims who did not witness the traumatic event. Justice Faieta relied on the principles the Supreme Court of Canada drew in Saadati, observing:

[G]iven that the court in Saadati rejected the “primary/secondary victim” distinction, as well as the view that there are geographic, temporal and relational proximity restrictions that are an absolute limitation on the duty to take reasonable care to avoid causing foreseeable mental injury, it is my view that the plaintiffs’ claims for mental distress following Snowball’s death might succeed even though they are secondary victims who did not witness this sudden, traumatic event.[2]

In line with Saadati, Justice Faieta held that the outcome of the plaintiffs’ action should be assessed through a “robust application of the elements of an action in negligence by the trier of fact,”[3] rather than an analysis which focused on the temporal, geographic, and relational factors or the distinction placed between primary and secondary victims.[4] The Supreme Court of Canada in Saadati confirmed that the analysis must be “sufficiently flexible to capture all relevant circumstances that might in any given case go to seeking out the ‘close and direct’ relationship which is the hallmark of the common law duty of care.”[5] The Saadati ruling led Faieta J. in Snowball to recognize that the plaintiffs could have a successful claim in negligence for the mental distress they suffered, despite the fact that they were not there temporally to witness the helicopter crash.

This case is important as it provides another avenue for aggrieved family members to claim damages in negligence for the psychological injuries they have suffered following a family member’s injury or death, without witnessing the actual event. The court has recognized that following a traumatic event, a person’s mental health has to be compensated for in negligence law as it plays an integral part in how a person chooses to live their life and pursue their goals.[6]

If you or a loved one have suffered from mental distress from a family member being injured or killed, please do not hesitate to contact the critical injury lawyers at McLeish Orlando LLP for a free consultation.