“I saw that guy hit you!”– The Admissibility of Hearsay Statements 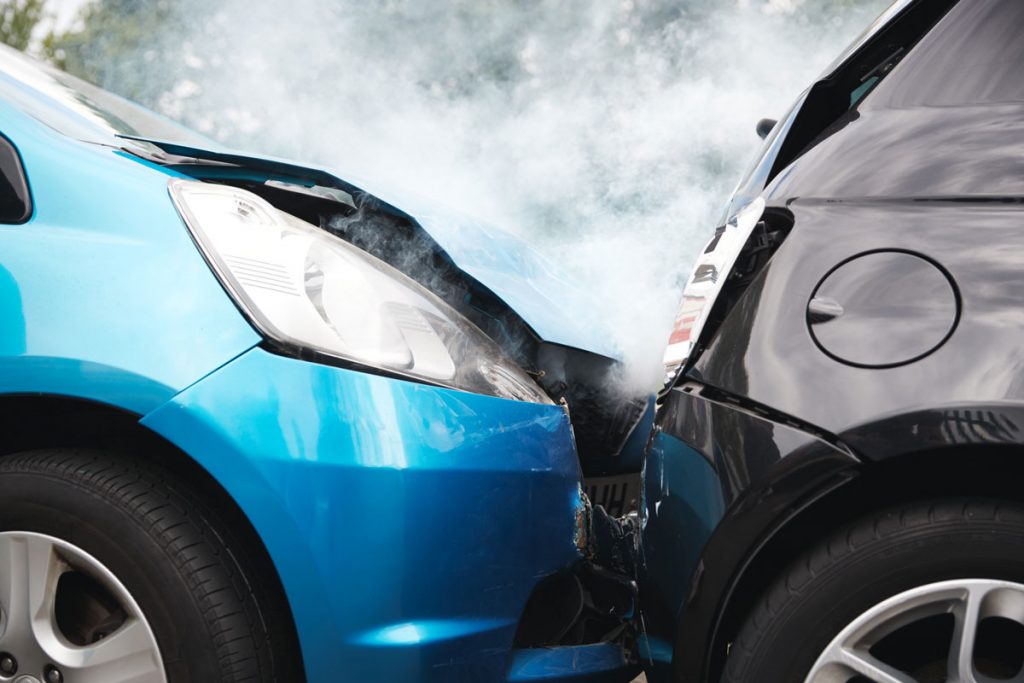 If you were involved in a collision, it is extremely beneficial to your case if the collision happened in the presence of available witnesses. People that saw the collision take place and can testify that the other driver was at fault for reasons “X, Y, and Z.”

Consider the following scenario: Let’s say you’re on a one-way street or highway and it is very difficult to pull over to the shoulder or to come to a complete stop. You’re involved in a collision. Someone drives by you and says: “I saw that guy in the blue car hit you!” Unfortunately, this potential witness continues driving and cannot be located after the fact. Well, if you want to admit this evidence to support your case, this statement is considered hearsay.

IS THAT HEARSAY STATEMENT ADMISSIBLE?

There are two ways to admit a hearsay statement, to strengthen your case. 1) Through a traditional exception to the rule against admitting hearsay; OR 2) through the principled approach to hearsay, found in the Supreme Court decision in Khelawon[1].

The courts have created a handful of traditional exceptions to the rule against admitting a hearsay statement.

For our purposes, the only one of interest is the res gestae exception. This refers to statements that are made spontaneously in circumstances of emotional intensity. To fall within this exception, the statement must have a tight temporal connection or be sufficiently contemporaneous to the event in question.[3] In R v Khan, Madam Justice McLachlin held that the criteria for a tight temporal connection was not met, since ten to fifteen minutes had passed from the event to the time the statement was made.

This statement will fall under the res gestae traditional exception since the person that made it, did so at the moment the event occurred. There’s a certain level of emotional intensity that is met, along with a tight temporal connection between the statement and the event (the collision).

Let’s assume that the statement, somehow, was not admissible under the traditional res gestae exception. Our analysis then shifts to the principled approach.

In order for a hearsay statement to be admissible under the principled approach, it must be found to be both necessary and reliable.

A statement is necessary where A) the witness is unavailable because they have disappeared/died or B) they are withholding evidence and refusing to testify.[4]

Since the declarant is not present, 1) we cannot witness them take an Oath before testifying, 2) they are not present for us to observe their demeanor, and 3) they are not available for cross-examination. So, in order for procedural reliability to be met, we need to have substitutes for these three things, such as having the previous statement videotaped after the declarant takes an oath on camera.

A statement that does not have procedural reliability can still be reliable if it is found to have substantive reliability. The question here is whether something in the circumstances makes the statement reliable – whether there are “indicia of trustworthiness”.[5]

The trier of fact will look at: the presence or absence of a motive to lie[6]; the declarant’s general reputation or their likeliness of truthfulness[7]; the presence of corroborating/supporting or conflicting evidence[8]; the timing and spontaneity of the statement[9] (how soon after the event); the content of the statement[10]; and whether the statement was made under circumstances of suspicion[11].

The statement meets the requirement of necessity because the witness has disappeared – we don’t know where he is and we have no way of determining!

This statement would not meet procedural reliability, because it was not videotaped.

However, the statement would likely be found to have substantive reliability.

For the purpose of this illustration, let’s assume that there is corroborative evidence that supports that the other driver was to blame. Maybe a forensics expert tested the crash using the same variables. Maybe the maintenance of both vehicles was reviewed and your vehicle was the only one with proper working brakes.

Considering all of these, the statement is admissible under the principled approach because it is both necessary and has indications of it being reliable.

The Court can still exclude evidence that makes it this far, by using their GED function. If it is determined that the probative value of admitting the statement, is outweighed by its prejudicial effects, then the statement can still be excluded. However, it is very unlikely that a statement that falls under a traditional exception or meets the requirement of the principled approach is otherwise excluded.

In conclusion, if after you’ve been involved in a collision, someone (now unavailable) yells “I saw that guy hit you!”, their evidence is likely going to be admissible.

While that statement is a hearsay statement, we’ve just discussed how it may be admissible and if admissible, it will strengthen your case!

If you or a loved one has been injured in a collision, please contact McLeish Orlando LLP for a free consultation.

[7] Khelawon, supra note 1 at paras 51 and 93. Contrary to Starr which initially held that the declarant’s general veracity or reputation for truthfulness should not be considered.

[8] Khelawon, supra note 1 at para 4. Corroborating evidence is subject to the test laid out in Bradshaw, supra note 4.

[10] In other words, within the statement itself, is there something against the declarant’s interest?; Like in Khan, is the content something that a child would be unlikely to know about, unless the statement is likely true?