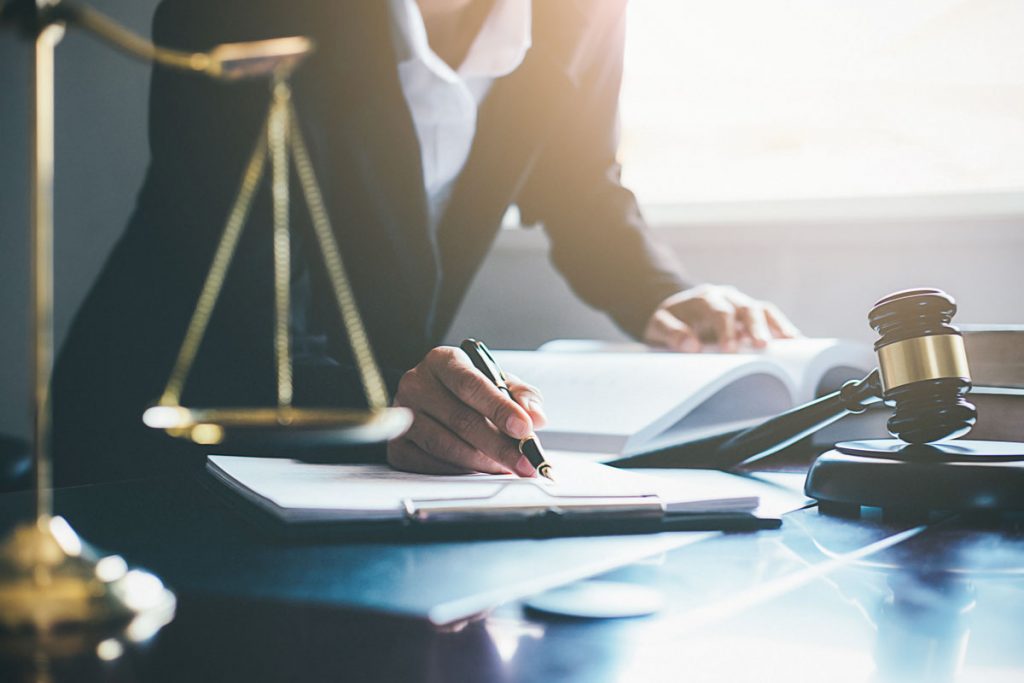 At trial, the jury considered the following facts: On April 28, 2010, after an uneventful pregnancy, the Plaintiff was admitted to the hospital and administered Cervidil to induce labour and oxytocin to assist with cervical dilation. Although the Plaintiff’s pregnancy had been considered low-risk, complications arose. At 9:57 a.m., the fetal heart rate decelerated. Consequently, the nurse increased the Plaintiff’s intravenous fluid and turned her on her side to stabilize the fetal heart rate. Once stabilized, the nurse telephoned the Defendant doctor, who was in his office located approximately 5 minutes away from the hospital to inform him of the situation. The Defendant doctor remained in his office but requested that the nurse call him back if the fetal heart rate decelerated again.

Between 10:17 a.m. and 10:18 a.m., the fetal heart rate decelerated again and at 10:25 a.m., there was a total occlusion of the umbilical cord, which cut off the blood and oxygen supply to the fetus. At 10:27, the nurse telephoned the Defendant doctor, who was driving to the hospital, to inform him of the situation. At 10:48, the Defendant’s doctor began the Plaintiff’s caesarian procedure. The Defendant doctor was unable to begin the procedure sooner because one operating room was already occupied and the other had not been cleaned in preparation for the Plaintiff’s caesarian section. The baby was delivered at 10:49 a.m., one minute after the operation began. However, the baby had gone too long without receiving oxygen and suffered severe brain damage.

The Defendant doctor (hereinafter “the Appellant”) appealed the trial judge’s decision to dismiss the motion brought under Rule 52.08(1) of the Rules of Civil Procedure to the Ontario Court of Appeal (“the Court”).

The “But For” Test

To demonstrate that the jury applied the material contribution test, as opposed to the correct “but for” test, the Appellant drew the Court’s attention to the jury’s language in their answer to question 2(b). In their answer, the jury stated:

[30] The fact that Dr. Tsandelis didn’t follow the SOCG Guideline, “prepare for delivery”, contributed to [the baby’s] eventual brain damage”

The Court explained that it is clear that the jury applied the “but for” test:

[34] …The jury’s response continued to state that, if Dr. Tsandelis had met his duty by preparing for delivery after the first deceleration, “the O.R. would have been ready for Maria & [the baby] would have been delivered sooner avoiding the asphyxia altogether.” This response indicates that the jury concluded that, but for the appellant’s failure to meet the standard of care, the brain damage would not have happened.

The Court found that the jury’s verdict was not unreasonable. The Court reasoned that there was direct evidence from which the jury could conclude that had the Appellant not breached the standard of care, the caesarian section would have taken place prior to the baby’s brain damage occurring.

The evidence included testimony by two medical experts. The experts testified that had the Appellant returned to the hospital immediately after the first telephone call from the nurse, the delivery would have occurred much faster. In addition, the experts testified that the Appellant should have arrived at the hospital immediately after placing the Plaintiff on oxytocin and that if he had taken action earlier, he would have been able to access an operating room or, at the very least, could have instructed other obstetricians on call to conduct the procedure. Ultimately, both experts concluded that the procedure could have been done within 8-15 minutes of the total occlusion, which would have avoided the brain damage.

Ultimately, after finding that the jury applied the “but for” test and that their verdict was not unreasonable, the Court dismissed the appeal.