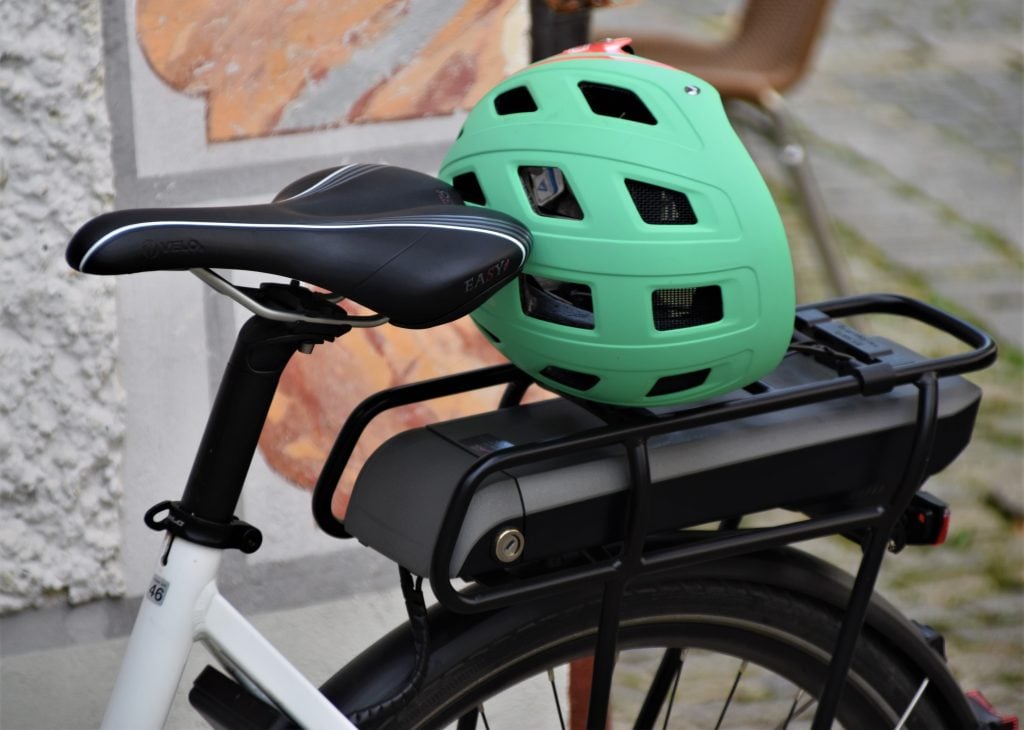 Although it is agreed that a properly fitted bicycle helmet may reduce the impact of head injuries, the helmet is considered to be the last line of defence available to a vulnerable road user when being struck down by drivers who navigate a two-ton high-speed machine. The first and foremost focus of road safety should always be to ensure contact is avoided and that drivers follow the rules of the road, reduce speed and avoid distractions. Municipalities should also build safe infrastructure that allows safe riding and driving for all. Despite the fact that the primary cause of road violence falls in many cases with drivers and governments, it does not mean that when they cause serious injury or death, they will not seek to try to limit their responsibility by asserting what is called the “helmet defence” against the injured or killed cyclist.  In Ontario, the defence has very little success and is difficult to prove. That being said, it is something that all riders should be aware of.

First, it is necessary to understand what contributory negligence is. It is the principle that is used by defendants to limit liability if they can establish that the plaintiff caused or contributed in any way to their injuries or damages.

In the case of Labanowicz v Fort Erie (Town), 2017 ONSC 630 [Labanowicz], the plaintiff was injured when she was biking on a municipal trail and her bicycle’s wheel struck the metal bracket of an empty housing that would have contained a bollard. The plaintiff flew off of her bike and suffered serious injuries from the fall, including a concussion. She was not wearing her helmet when the accident occurred.

The defendant attempted to lead evidence of literature that a bicycle helmet prevents up to 88% of brain injuries. The court took issue with the reliance on statistical generalizations that the defendant put forward, stating that the court would be erring if they accepted the “bald assertion” advanced by the defendant’s counsel. The court was not persuaded that the plaintiff would have belonged to the 88% group, as evidence of the injuries she sustained that were recorded in the ER records were inconclusive at best.

The defendant had presented no expert evidence or biomechanical evidence to allow the court to draw a conclusion that the lack of a helmet had any impact on the severity of the plaintiff’s injuries. There was no admissible evidence presented that allowed the court to assign contributory negligence to the plaintiff for her failure to wear a helmet when biking. The defendant was held fully responsible for the accident.

The court’s decision in St. Marthe v O’Connor, 2019 ONSC 1585, followed much of the same reasoning as in Labanowicz. In St. Marthe v O’Connor, the cyclist was biking to work in the morning when the defendant drove out of a gas station roadway, striking the plaintiff on his bike and knocking him to the ground. The plaintiff was not wearing a helmet when he was struck by the car. The plaintiff was found not to be contributorily negligent, even though he was not wearing a helmet because the defendant did not establish the necessary causal link between the alleged contributory negligence and the plaintiff’s injuries. The court was clear in its reasoning that expert evidence must be led to establish this important causal link, in order to prove that the plaintiff was responsible for a certain part of their injuries.

These cases are important in demonstrating that the defendant must lead expert evidence in order to establish the plaintiff’s contributory negligence when failing to wear a helmet. Even when a negligent defendant is able to prove with medical and engineering evidence that the brain injury would have been reduced by helmet use, any percentage that will apply will be nominal in light of the Court of Appeal’s ruling in Snushall and the fact that helmet use, unlike seatbelts, is not mandatory for adults.

If you or someone you know has been injured in a cycling incident, please do not hesitate to contact the lawyers at McLeish Orlando for a free consultation.