Who is at Fault in a T-Bone Car Accident? 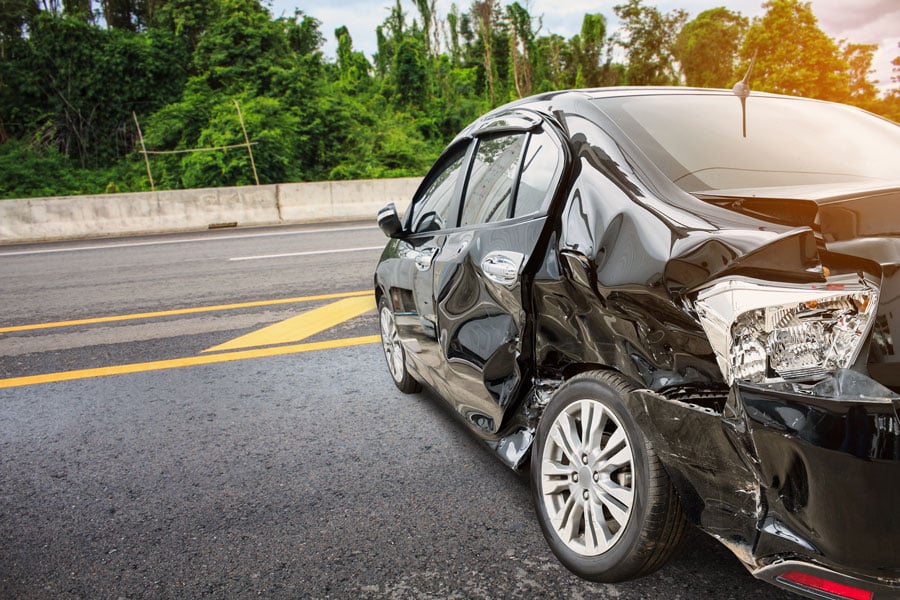 T-Bone car accident: One of the most dangerous types of car accidents you can be involved in is the T-bone collision. These collisions occur when one vehicle drives directly into the side of another vehicle, forming the shape of a “T”. A T-bone car accident is especially dangerous for the occupants of the vehicle that is struck on the side, as the driver or passenger side doors offer little protection from the force of an oncoming vehicle.

Because of this, people often assume that the driver that hits the side of the other vehicle is always at fault. However, we need to consider how the T-bone car accident took place to determine who had the right of way and who is at fault.

Thankfully, the Insurance Act[1] includes a regulation called Fault Determination Rules to clarify the degree of fault that each driver would assume in various situations.

Want to test your T-bone legal intuition? For the following scenarios, try to predict how much fault (0%, 25%, 50%, 75%, or 100%) would be attributed to each driver. The answers can be found at the bottom of the page.

Scenario A: Driver 1 is driving through an intersection with a green light. Driver 2 fails to obey the red light and T-bones Driver 1.

Scenario B: Drivers 1 and 2 are approaching an intersection (with no traffic lights or signs) from opposite directions. Driver 2 turns left into the path of Driver 1 who continues straight and T-Bones Driver 2.

GETTING A LITTLE TRICKIER

Scenario D: The same as scenario C, except Driver 1 is turning left into a private road or driveway, and not an intersection.

Scenario E: Drivers 1 and 2 approach an all-way stop intersection from perpendicular directions. After stopping, they both enter the intersection and are involved in a T-bone collision. (Hint: it depends)

Now that you’ve scrolled down to check the answers, we can see that the driver of the vehicle that hits the side of another vehicle is not always at fault. In fact, four of the five scenarios that we considered would result in the driver who was hit on the side being partially or fully at fault for the collision.

INJURED IN A T-BONE COLLISION?

If you or someone you know has been injured in a T-Bone or other motor vehicle accident, contact the lawyers at McLeish Orlando LLP for a free consultation.