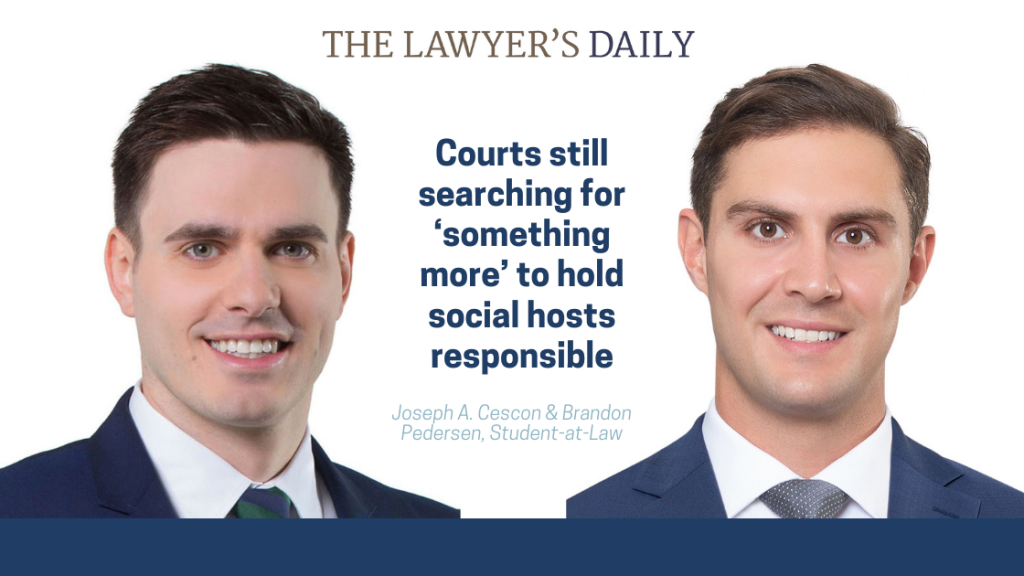 In the aftermath of Childs v. Desormeaux 2006 SCC 18, courts noted that potential liability on hosts could be found if there existed “something more” than serving alcohol to guests at a private social gathering.

In McCormick v. Plambeck 2020 BCSC 881, the defendant adult homeowners allowed their daughter to have a party of around 65 minors and young adults. The parent supplied some alcohol at the party and two of the partygoers eventually left, stole a neighbour’s car, and subsequently drove the car off the road, resulting in the death of the driver and serious injuries to the passenger plaintiff. The trial judge noted that the hosts met the requisite standard of care, as they continuously monitored the party, collected car keys of those guests the hosts knew had driven to the party, and provided rides home for some.

Still, no conclusive authority exists in Canada with respect to social host liability. It remains open that depending on the circumstances, a social host may be implicated in the creation of the risk to third parties.

We will continue to closely monitor what amounts to the “something more” that creates an “inherent and obvious risk” at a private social gathering.