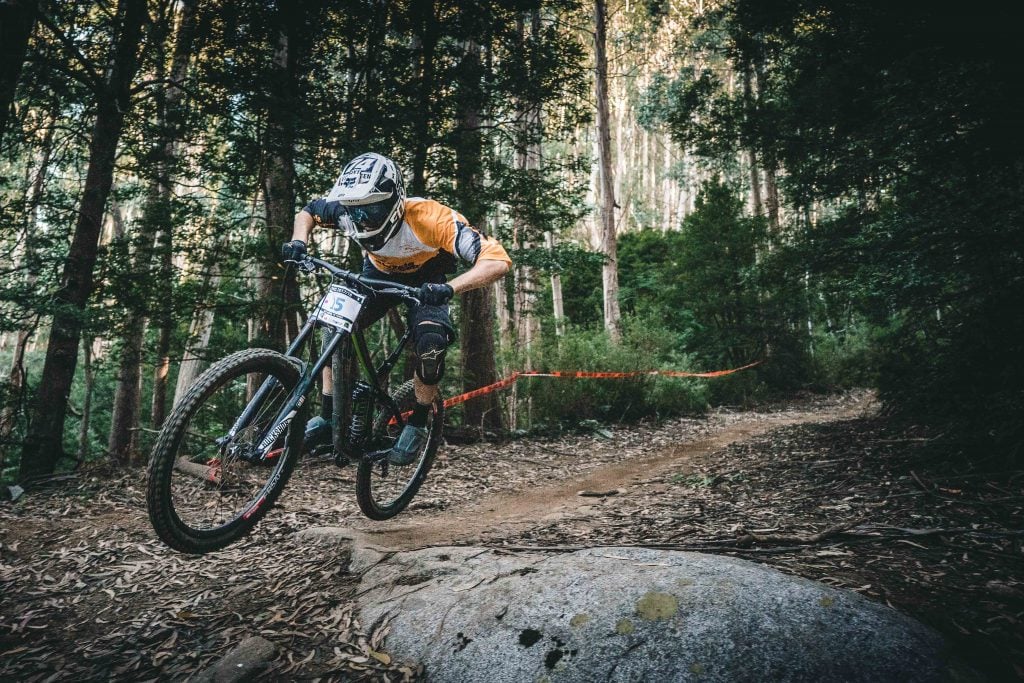 Mountain biking is a fun summer activity but safety should always be a priority.  Whether a crash occurs on or off a recreational trail has important consequences for personal injury actions arising from mountain biking injuries.

Under the Occupiers’ Liability Act, there are two standards owed to anyone who enters onto premises.  The regular standard owed by all occupiers (s. 3(1)) and the lesser standard owed by occupiers of recreational trails that are reasonably marked as such (s. 4(1)). 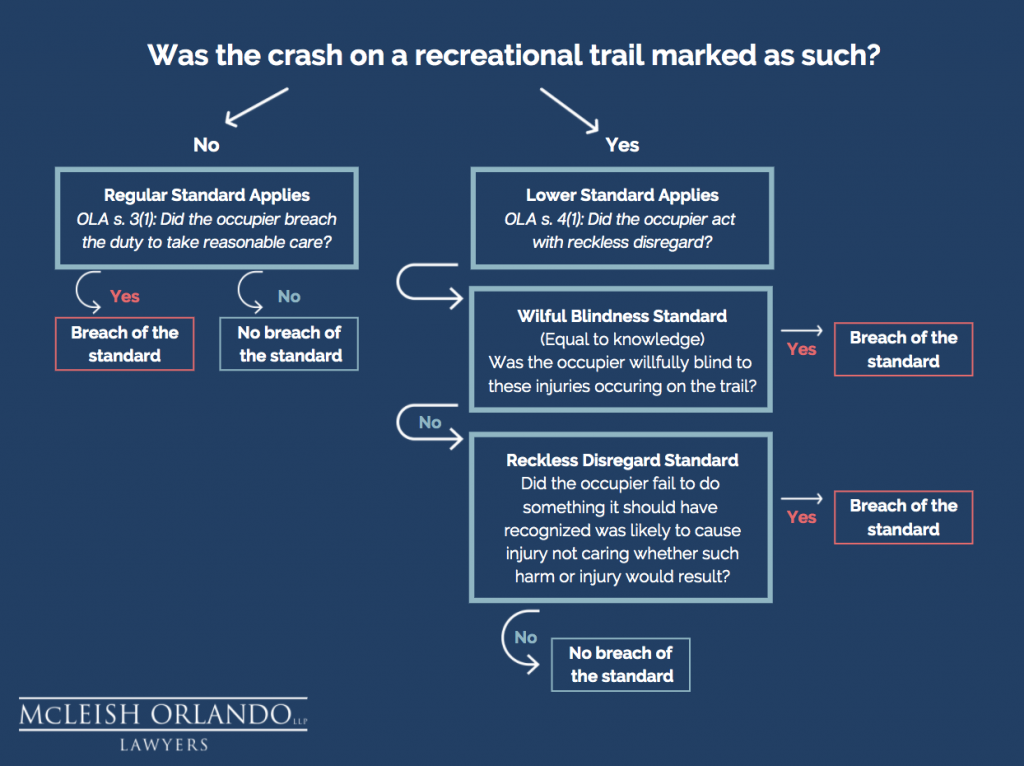 WAS THE CRASH ON A RECREATIONAL TRAIL?

The characteristics of the land govern whether it qualifies as a recreational trail.  In Schneider v St. Clair Region Conservation Authority, 2009 ONCA 640, the court found a general-use park to be a recreational trail and overturned the trial judge’s decision that the lower standard did not apply.  The municipality encouraged the use of the park by the public by maintaining:

The land could be used for a host a various activities which were facilitated by the municipality and this was key to the court finding the park to be a recreational trail under the OLA and that the lower standard applied.

By contrast, in Campbell v Bruce (County), 2016 ONCA 371, the parties agreed that the lower standard did not apply because the “technical trials” area was separate from the bike trails area.  Here, the court dismissed the municipality’s appeal from the decision of Justice Garson which found it 100% liable after the Plaintiff fell off a teeter-totter feature and broke his neck.

The court agreed with the trial judge who had found the municipality to have breached the regular standard in five ways:

WHAT MUST BE SHOWN FOR A BREACH OF THE LOWER STANDARD?

This is more difficult to establish than negligence under the regular standard.

That said, it is important to note that Campbell is likely to be binding even though the case was decided on the regular standard.  Similar injuries had previously occurred in the same area and nothing had been done by the municipality.  As a result, the trial judge found the municipality to have been willfully blind to the injuries that had already occurred in the park prior to the accident because it put no system in place and had not made any changes to the park.

Willful blindness equates to the knowledge and therefore would likely meet the reckless disregard standard.

Patrick Brown was successful as counsel in a downhill mountain biking case against a prominent venue north of Toronto. If you or someone you know has been injured in a mountain biking incident, please contact one of the lawyers at McLeish Orlando.