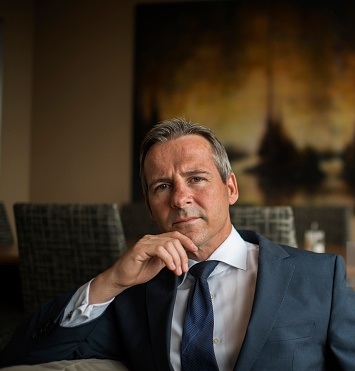 Patrick (Pat) Brown, principal partner at McLeish Orlando, avid cyclist and representative of Bike Law Canada, has been nominated for Canadian Lawyer Magazine’s 25 Most Influential for his cycling advocacy efforts.

Pat was nominated based on his work advocating for cyclists and changes to Ontario’s Cycling legislation. Pat’s bike advocacy and activism are not new, he is the proud founding member and past director of Cycle Toronto (formerly Toronto Cyclist Union) – Toronto’s largest cycling advocacy organization and has been a lead organizer and spokesperson for a coalition calling for a Vulnerable Road User (VRU) law in Ontario. Additionally, Pat and lawyer, Albert Koehl, conducted the Ontario Coroners’ Year Review into Cycling Deaths, which lead to a set of recommendations that gave rise to recent legislative changes for the Province.  And these are just the highlights!

Pat’s activism, coalition building and advocacy have played a major part in creating new laws, however he continues to advocate on the issue as so much more needs to be done, including establishing VRU laws.

It is with great pride that we post about Pat’s nomination. If you agree that Pat has made a difference in the Canadian legal community, we ask that you take a moment to vote for him.

Voting is open until June 7th.  Please note, Patrick’s nomination is on Page 2 of the survey, you must complete voting on page 1 in order to click “next” and vote for Pat on the second page of the survey.

Congratulations on your nomination Pat!