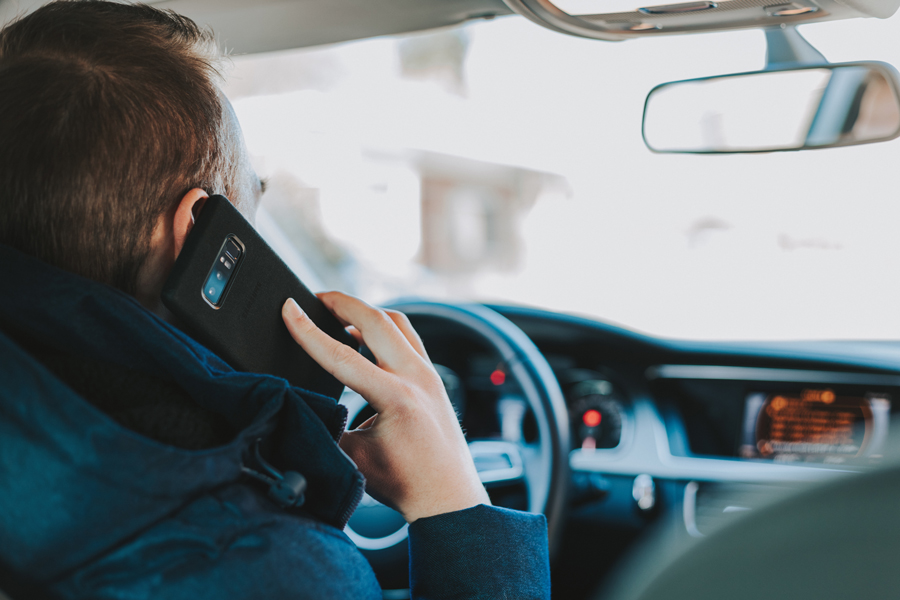 The new definition makes it easier to fine those in violation, and the penalties have been made more severe. Even with these changes, Patrick Brown explains that the updates for distracted driving are still not enough for a culture that needs to change its habits.

Increased penalties aren’t enough to stop people from using their cellphones when driving, say personal injury lawyers. New penalties for distracted driving came into force in Ontario on Jan. 1. The Highway Traffic Act prohibits drivers from using or holding “a hand-held wireless communication device or other prescribed device that is capable of receiving or transmitting telephone communications, electronic data, mail or text messages.” This also applies to devices such as DVD players and certain screens, such as a GPS, according to a government webpage devoted to distracted driving.

“We see distracted driving as being very prominent in the majority of our cases,” says Patrick Brown, principal partner at McLeish Orlando LLP in Toronto.
“Usually, the defendant driver is distracted in some capacity in many instances and, as a result, causes significant carnage and injury to individuals and has a huge impact on so many people in the community.”

Brown says he’s seeing more accidents that involve “something odd,” such as people driving up on to sidewalks or going through stop signs.

“The only logical conclusion is that, in the large portion of those, the person is doing something other than paying attention to driving,” he says. “They’re either on their phone or looking at another display on their vehicle or doing something whereby they’re clearly distracted and hitting another vehicle or pedestrian or cyclist.”

“I think there should be a lot more,” he says of the increased penalties. “It’s a step in the right direction, but I don’t think that it’s enough.”
Brown says it’s “a culture that needs to change.”

“Far too many pedestrians and cyclists are being hit and killed,” he says. “We [need to] start appreciating, especially legally, that a driver’s licence is a privilege; it’s not a right. With it come certain responsibilities. If you don’t carry out that responsibility in a safe and prudent manner, then, yes, your licence is gone and should be gone until you can prove otherwise.”

“Simply holding a device while driving is against the law,” according to public information released by the province. This is true even when stopped at red lights, says the province, although drivers are allowed to touch devices to call 911 in an emergency and use voice commands to program a GPS. Drivers can turn hand-held devices on and off, says the province, and can use a GPS or phone that is mounted. The government says that, according to 2013 data, one person is injured every half hour as a result of distracted driving.

Most people will deny being on their phones while driving, say lawyers. This can make it difficult to prove that being on the phone is what caused the accident.
“Very often, people will deny it. It’s [a] ‘he said/she said’ [situation],” says Alf Kwinter, a founding partner at Singer Kwinter in Toronto.

Brian Cameron, a partner at Oatley Vigmond Personal Injury Lawyers LLP, agrees. He says phone records that show a driver was on the phone at the time of the accident don’t always secure a distracted driving conviction, because it’s difficult to prove that using the phone is what distracted the driver. He says it’s also difficult to determine the exact time of an accident.
“It’s rare that you know the exact time of a crash to the very second,” says Cameron. If lawyers can show that another illegal activity caused an accident, they may not need to prove distracted driving was involved.

Creating a separate penalty for using a cellphone while driving means the Crown doesn’t have to prove drivers were distracted by their phones at the time of the accident, says Cameron. “You don’t have to convince a judge that driving while you’re looking at a phone fits into the definition of careless driving,” says Cameron.