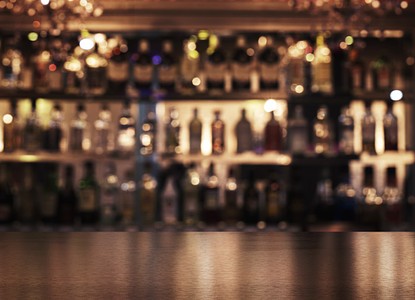 In the 2019 Ontario Superior Court of Justice decision of Hummel v. Jantzi[1], Justice Taylor determined the negligence and liability of the plaintiff, defendant, and a bar that over-served the parties, contributing to a collision that occurred in June 2012. Justice Taylor apportioned 80% liability to the defendant driver, 20% liability to the bar as the commercial host, and the plaintiff’s damages were reduced by 25% for his contributory negligence in not wearing a seat belt at the time of the collision.

On the evening of June 6, 2012, the plaintiff, the defendant driver and a group of friends visited a bar called All Star Tap & Grill to watch the NHL Stanley Cup finals. One of the reasons the group chose this particular bar was a draft beer deal known as the “12 for 12 special”. This special included a tray of 12 beers (6 oz. each) for $12. The group ordered approximately four trays, and it was determined that the defendant consumed around 20 beers. Some time after midnight, the group left the bar and the defendant drove them to a supermarket to buy food. When the defendant left the bar, his blood alcohol concentration was estimated to be between 220 and 240 mg of alcohol in 100 ml of blood. After stopping at the supermarket, the group returned to the plaintiff’s home. About 15 to 20 minutes later, the defendant agreed to drive the plaintiff to a nearby gas station to purchase cigarettes.

On the drive home from the gas station, the defendant was speeding at approximately 80 km/h in a 50 km/h zone. The plaintiff, who was sitting in the front passenger seat, encouraged the defendant to drive faster. While travelling at a high rate of speed, the defendant failed to observe a stop sign at an intersection, veered off of the roadway, and crashed into a tree. The plaintiff suffered serious injuries, including a traumatic brain injury and skull fracture. The defendant pled guilty to operating a motor vehicle while impaired and causing bodily harm.

Justice Taylor determined that the defendant driver was 80% liable for the plaintiff’s damages.

Negligence of the defendant, All Star Tap & Grill

Justice Taylor held that All Star failed to implement proper procedures to prevent intoxicated customers from operating a motor vehicle after leaving the bar. It was also held that staff at All Star over-served the defendant and his group of friends, did not count the number of drinks ordered (48 beers), and did not fulfill their obligations under Smart Serve. The Smart Serve protocols provided that the licensed establishment is responsible for the guest until they are sober. However, despite their obligations, the bar failed to monitor the consumption of alcohol for its patrons.  The bar did not offer any food or water to the group and they did not make an effort to determine if anyone in the group would be driving after drinking alcohol. The bar was insufficiently staffed, with only two servers and no one was placed at the door to ensure patrons entering the bar were 19 years of age or older. The Court concluded that the defendant was served to the point of intoxication and was showing obvious signs of impairment when the group left the bar.

In the 2017 British Columbia Supreme Court case, Widdowson v. Rockwell[2], it was argued that liability of a commercial host is severed when the intoxicated person arrives safely at home. Justice Kent rejected this argument and held that “there is little logic to the bald proposition that a safe arrival home ‘breaks the chain of causation’ or otherwise discharges the pub’s duty of care”. Justice Taylor in Hummel agreed with this line of reasoning and apportioned 20% of the plaintiff’s damages to All Star. Although the defendant had left the bar, driven to the supermarket and safely arrived at the plaintiff’s home before driving again, the bar failed to fulfill their duty of care and was held responsible for over-serving the defendant.

Contributory negligence of the plaintiff

The Court held that the plaintiff was contributorily negligent in getting into a car with the defendant while knowing he was impaired, failing to wear a seat belt, and encouraging the defendant to drive faster. An accident reconstruction expert determined that had the plaintiff worn his seat belt, his injuries would have likely been much less severe. In light of this finding, the plaintiff’s damages were reduced by 25%.

This case reinforces the proposition that commercial host establishments that serve alcohol will be held liable where they fail to take proper steps to prevent customers from drinking and driving. It also supports the principle that if a plaintiff engages in dangerous activity or fails to take steps to protect themselves, he or she will likely be found contributorily negligent.