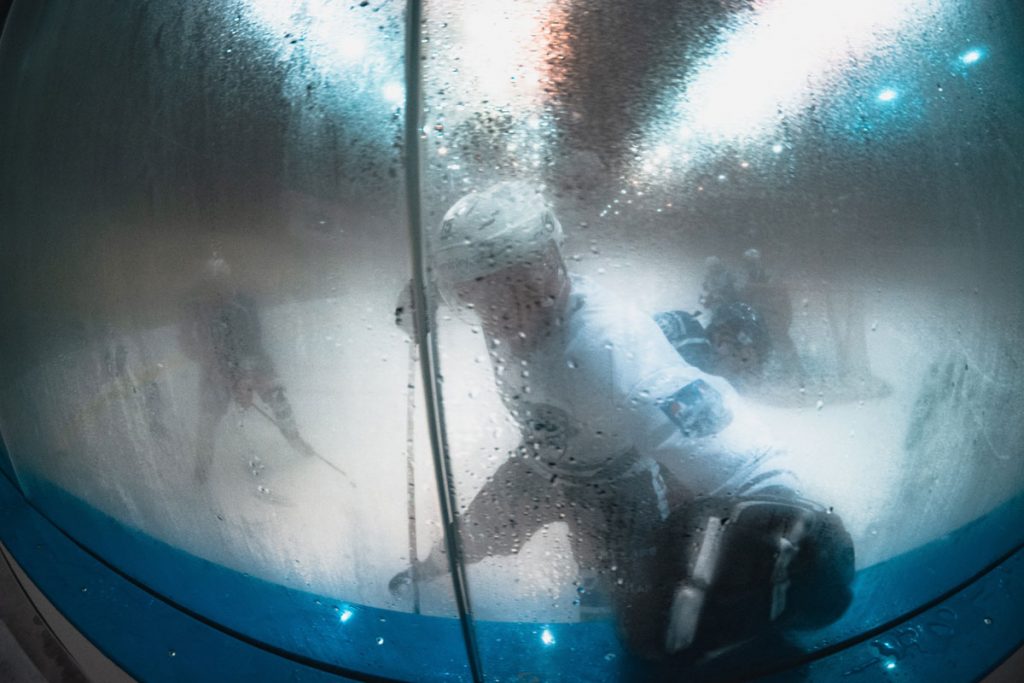 “Each player also testified, however, that blindside hits – especially hits to the head – are absolutely prohibited. They have no place in recreational play, or in any hockey game.”

In Casterton v MacIsaac, 2020 CanLII 1088 (ON SC), Justice Gomery awarded the Plaintiff $700,000 in damages against a Defendant who delivered a blindside hit during a beer league hockey game.

The hit happened on March 15, 2012, in the dying seconds of one of the final games of the season in a non-contact league.  The Plaintiff had passed the puck into the opposite corner while rounding his own net in a routine break-out play.  Meanwhile, the Defendant was taking a run in the same direction from the center of the blue line, skating at close to top speed.  The two collided just past the goal line to the side of the net as the Plaintiff had started to turn up the ice.  Reconciling the differing versions of events recounted by the numerous witnesses at trial, Justice Gomery made findings of fact that the Plaintiff had his head down and was not expecting the hit, while the Defendant had his arms up, fully anticipating the collision.

Upon impact, the hit caused the Plaintiff to leave his feet and briefly lose consciousness.  He broke his two front teeth, had multiple gashes on his face and inside his mouth, and suffered a concussion.  Within seconds his face was covered in blood as he lay motionless on the ice.  The Defendant was given a ten-minute penalty for gross misconduct and a subsequent seven-minute penalty for intent to injure.  He was later criminally charged and convicted of aggravated assault for the hit, but the conviction was quashed on appeal and a new trial ordered.  At his re-trial, the Defendant was convicted for a second time.  On appeal, the conviction was again quashed, but this time the charges were also stayed on Charter grounds owing to the unreasonable delay in bringing the re-trial.

At issue in the civil action was whether the hit went beyond the bounds of fair play.  According to Justice Gomery, players implicitly consent to the risk of injury in fast-paced and violent sports, adopting the reasoning from Levita v Crew, 2015 ONSC 5316.  But that consent was not unlimited and players could not be taken as accepting the risk of injury arising from conduct that was out of the ordinary or beyond the bounds of fair play.  Relevant considerations included the type of league, level of play, applicable rules, and nature of the game.

Justice Gomery found that this type of blindside hit was outside the bounds of fair play.  The Defendant had skated toward the Plaintiff at a high rate of speed from an angle where he could not be seen.  Indeed, with his head down, the Plaintiff did not expect the hit and hence did not make any attempt to avoid the contact.  By contrast, the Defendant had raised his arms and put his shoulder down in order to maximize contact.  Justice Gomery thus concluded that the hit was either intentional or reckless, and that the Defendant had failed to meet the standard of care applicable to a hockey player in the circumstances.

In the result, the Defendant was fully liable for the collision and the Plaintiff’s injuries.

Justice Gomery awarded $100,000 in general damages (less $37,000 to account for a settlement with the League), $199,512 for past loss of income, and $440,039 for future income loss to reflect the Plaintiff’s decreased earning potential as a self-employed personal trainer.