What are Toronto’s Most Dangerous Roads for Cyclists?

In response to the pandemic cycling boom, Toronto’s City Council approved the installation of 25km of temporary bike lanes. A recent Toronto Metropolitan University study revealed that the installation of bike lanes in various neighbourhoods in Toronto has doubled the number of cyclists. With more cycling comes an increased risk of collisions. As described in our previous blog, “Are Cyclists Safe in Toronto?”, cycling collisions are most commonly caused by driver inattention, excessive speed, illegal and unsafe turns, doorings, a lack of safe cycling infrastructure, debris, and general disrepair of roads. According to Toronto Police Service data, there were 218 cycling collisions between 2016 and 2020 that resulted in serious injury or fatality. One way that cyclists can take their safety into their own hands is to avoid the roads that are known to be especially dangerous for cycling. It’s important to know the roads and areas to avoid in our city as well as the red and green flags to look out for when planning your next cycling route.

Cycle TO has broken down Toronto’s cycling network into four categories of infrastructure ordered from most to least safe:

Protected bike lanes are lanes that are separated by either a curb, post, or combination of the two that are dedicated to cyclists and run parallel to motorized vehicle traffic. 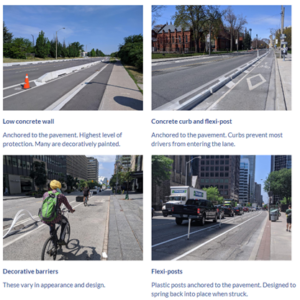 Painted bike lanes are likely what you associate with cycling infrastructure as they are the most common type in Toronto. As the name suggests, painted bike lanes are lanes that run parallel to motor vehicle traffic indicated by a solid white line and a white bike symbol painted on the road. A dashed white line indicates where a vehicle can enter the bike lane to turn at an intersection. 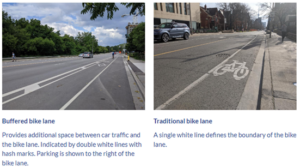 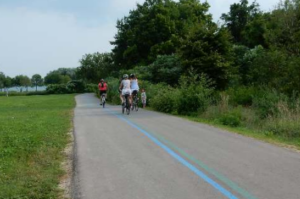 4. Sharrows are not technically cycling infrastructure. Rather, a sharrow is a bike symbol painted on the road within the motor vehicle traffic lane with two forward-pointing chevrons to indicate direction of travel. The intent is to legitimize the presence of bicycles on the road; however, they offer no distinct lane or protection. 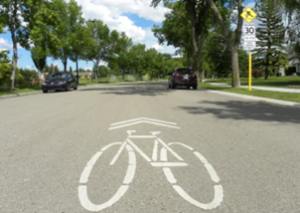 Most Dangerous Roads for Cyclists

According to Toronto Police Service data, between 2006 and 2020, the areas in which the most cycling collisions occurred were the following neighbourhoods: 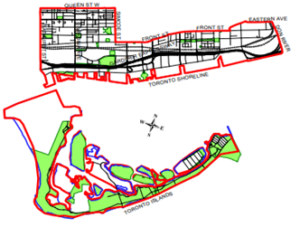 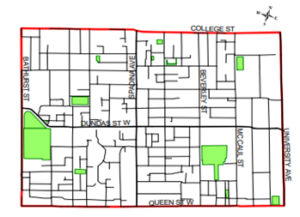 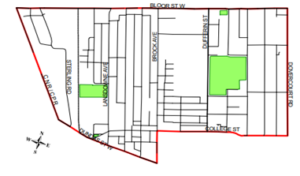 What these areas have in common is that they are all high-traffic commuter areas with several busy roads lacking cycling infrastructure.

In response to these dangers, Toronto City Council approved the 2022-2024 Near-Term Implementation Program proposing 100km worth of Bikeway Installations to be completed by 2024. In addition to government action, Uber has also taken steps to protect cyclists. In 2019, Uber installed a feature to alert passengers to the presence of bike lanes at their drop-off points with a notification that reads: “A helpful reminder: Look over your shoulder for people on bikes before opening the door.”. The intention behind this feature, and a similar one implemented by Lyft in April 2019, is to prevent dooring incidents.

While new cycling infrastructure is urgently needed, the depreciation of our existing cycling infrastructure remains a concern. In Now Toronto, principal partner at McLeish Orlando, Patrick Brown said that “the state of disrepair in a bike lane is different than a car lane”, a pothole or damaged roadway can mean life-altering injuries for a cyclist. The article, published in 2019, listed Toronto’s 10 worst bike lanes due to continual construction or disrepair:

Planning your next route

Until Toronto builds many more kilometers of bike infrastructure, cyclists will need to share the road with automobiles. When planning your next cycling route be proactive and consider these red and green flags.

How can MO help?

At McLeish Orlando, we have over two decades of experience representing clients involved in complex cycling crash incidents in some of the worst intersections in the GTA. In 2015, a Peterborough resident was travelling on his bicycle when suddenly and without warning another individual opened the door of their parked car into the path of the cyclist. While swerving to avoid being doored, the cyclist was then struck by a second vehicle travelling down the same street. The cyclist sustained severe, painful, and permanent injuries. He reached out to our office, and our experienced team helped navigate the legal process, ensuring that he received the care and compensation to which he was entitled.

A cycling crash can be a traumatizing and life-changing event. If you or a loved one has been involved in a cycling collision, it is important to speak to a personal injury lawyer as soon as possible. Call our office today for a free consultation with one of our experienced bike crash lawyers to discuss next steps.