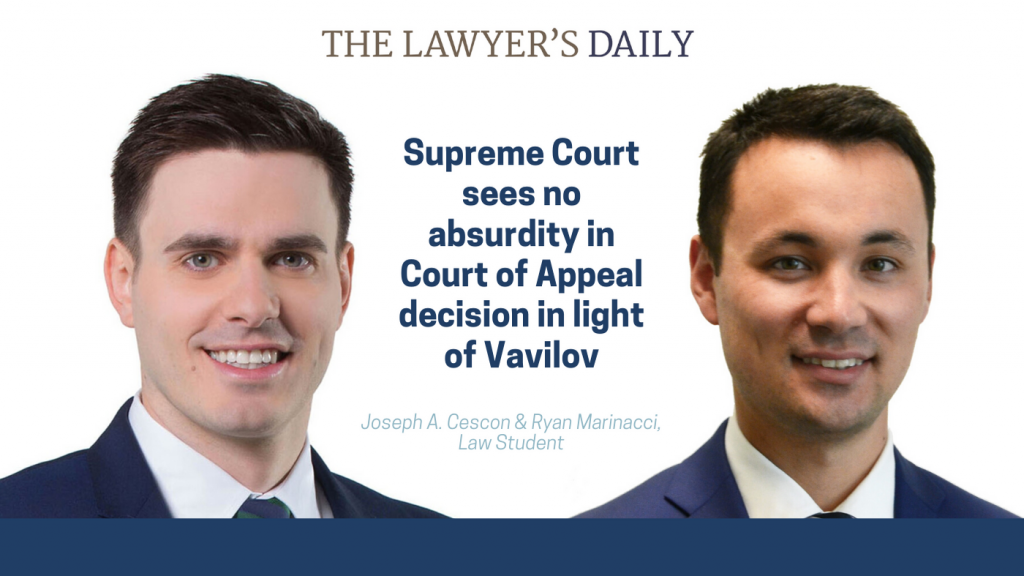 In Vavilov, the Supreme Court changed several bedrock administrative law principles underpinning the Court of Appeal’s reasons after Tomec was released.  Yet the Supreme Court left undisturbed the panel’s unanimous conclusion that our client was not statute-barred from claiming increased benefits.

This is because the Licence and Appeal Tribunal’s decision was so flawed as to render immaterial the fundamental changes brought about in Vavilov regarding how administrative decisions are reviewed by the courts.

Although seemingly self-evident, this conclusion was in fact contrary to the view of the Licence Appeal Tribunal and of the Divisional Court on judicial review.

Unsurprisingly, however, the Supreme Court did not feel the need to address this issue any further even in light of Vavilov.