Court of Appeal: Trial Judge’s “Unorthodox” Charge to Jury “Got the Job Done” 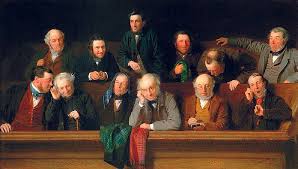 The Court of Appeal released its decision in Zurek v. Ferris on November 5, 2010.  The Court agreed with Ms. Zurek that  many of the trial judge’s comments to the jury  were unnecessary and “not germane to the issues the jury had to decide.”  It characterized the charge as “unorthodox.”  Despite these comments, the Court held that the charge as a whole was fair.  It cited the following examples of the trial judge’s attempts to have the jury resolve the issues using relevant evidence:

The Court noted that there was sufficient evidence presented to the jury to allow it to reach the decison that it did.   It also noted that Ms. Zurek’s lawyer made few objections to the charge at trial.  Ultimately, the Court felt that while the charge was not perfect “it got the job done.”  It dismissed Ms. Zurek’s appeal.

The important takeaway message for counsel is to make detailed objections at trial to a judge’s charge.   This is because the Court of Appeal will measure the significance of an error in a charge, in part, by the response of counsel to the error at trial.  Presumably, the policy reason behind this approach is to encourage counsel to take every step possible to resolve such issues at trial by getting correcting instructions, avoiding the need for an appeal altogether.