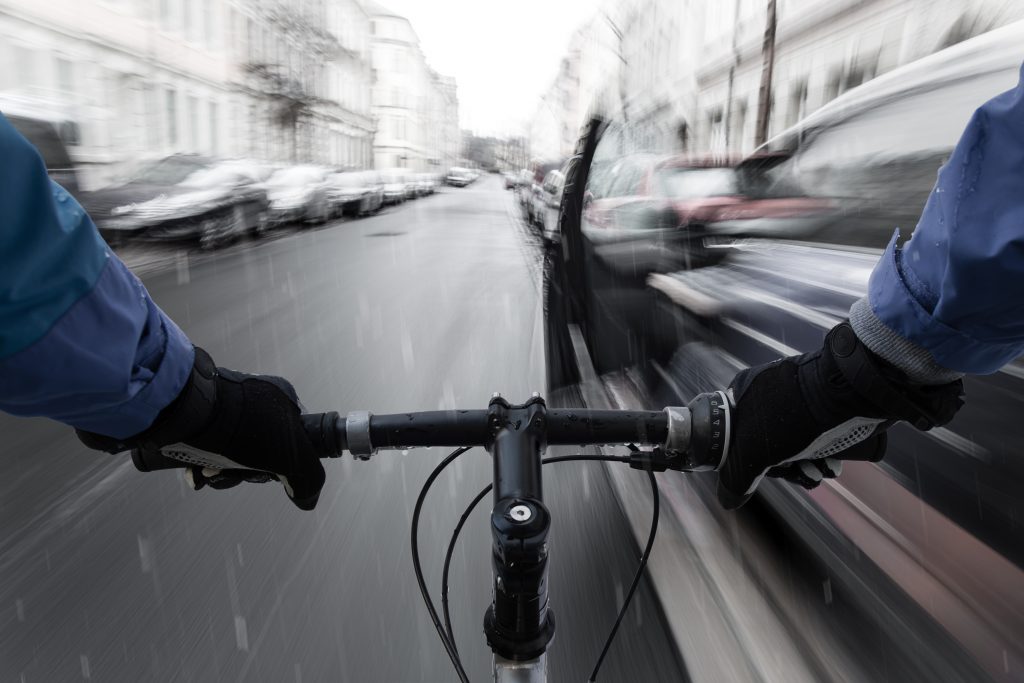 YOU DON’T HAVE THE NAME OF THE PERSON WHO DOORED YOU? HERE IS SOME HELP

In the past, the Toronto Police Services Board refused to release the identities of drivers who door cyclists by stating that it is considered an “incident” as opposed to a reportable motor vehicle accident and by relying on the personal information exemption under the Municipal Freedom of Information and Protection of Privacy Act, R.S.O. 1990.

When a cyclist is doored, failure to obtain the name and address of the driver can severely interfere with the cyclist’s ability to seek legal redress such as getting insurance benefits, compensation for their damaged bike, or being able to pursue a lawsuit.  For more on your cycling rights, visit Bikelaw Ontario and Cycle Toronto.

RECENT DECISION OPENS DOOR TO GET NAME AND ADDRESS

So what to do?  If you are doored and you do not have the name of the person who doored you, prepare and send in a Freedom of Information Request (attached here):

For those who want to know the basis for the decision please feel free to continue below.

The adjudicator had to determine whether the Police could refuse to disclose the identity of the cyclist under s. 38(2) on the basis that doing so would constitute an unjustified invasion of personal privacy.  This determination was made by turning to the criteria under sections 14(2) and (3).  Relevant here was s. 14(2)(d), the adjudicator found, which asks whether “the personal information is relevant to a fair determination of rights affecting the person who made the request.”

In order to engage s. 14(d), the appellant had to establish that,

On the facts, these criteria were easily met.  The adjudicator found that the cyclist’s name and address were relevant to a fair determination of the appellant’s rights, and stated,

This factor heavily favoured disclosure and outweighed two concerns that militated against disclosure.  First, under s. 14(2)(h), the personal information had been supplied in confidence because the cyclist had voluntarily given a police statement.  Second, under s. 14(3)(b), the information had been obtained as part of an investigation into a possible violation of the law, and it did not matter that no charges were laid.

However, the appellant countered that the Act should not be used in a way that prevented individuals from exercising their legal rights.  Without the ability to obtain the identity of the proposed defendant, non-disclosure would effectively remove the appellant’s right to sue for the injuries sustained in the incident.

The adjudicator agreed, and stated,

[58]        I agree that the Act should not be used in a way that prevents individuals from exercising their legal rights, and find that the non-disclosure of the affected party’s name and address unduly impairs the appellant’s ability to pursue his right to seek damages.

In the result, the adjudicator ordered the Toronto Police to disclose the name and address of the cyclist.