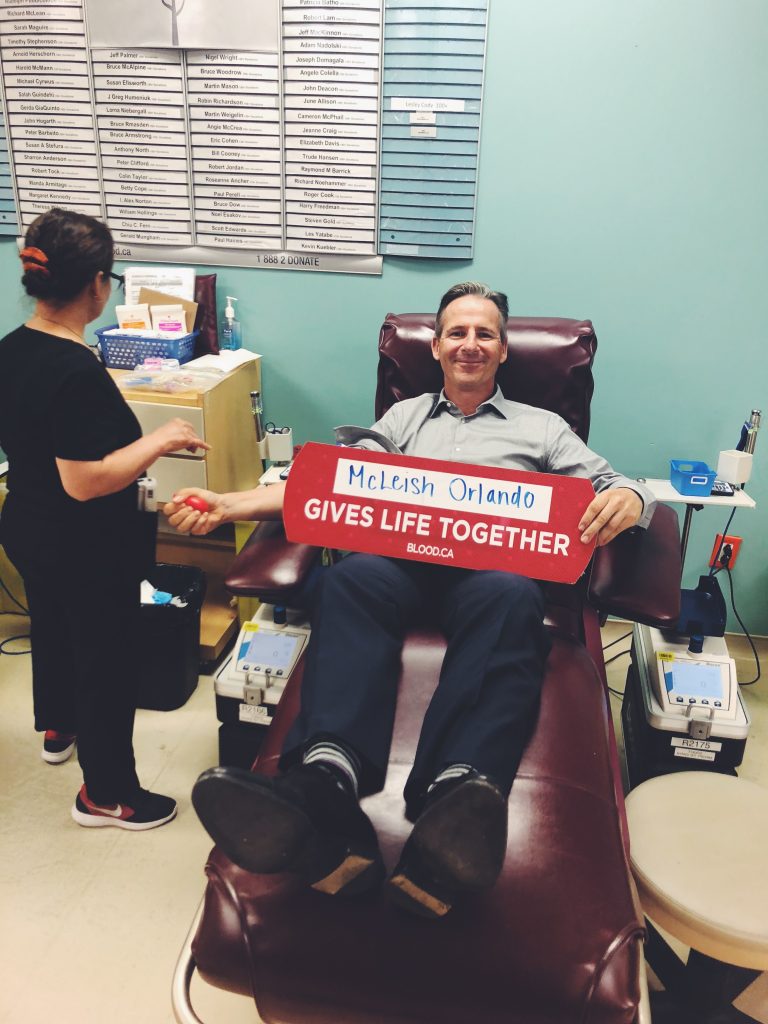 McLeish Orlando is once again participating the Summer Law Challenge, which runs from July 1 to August 31. The staff and lawyers donate blood at the King & University Clinic. On Tuesday, July 3, 2018, we had 10 approved donors from McLeish Orlando donate blood. We were able to donate over 5 litres of blood, saving up to 30 lives. Our second donation day is on August 7, 2018, and we look forward to donating more blood to Blood Canada.

A donor must be in good general health and at least 17 years old. On the day of your donation, you must have had enough food and sleep and should be very hydrated. The need for blood is constant and every donation counts. If you do not meet the requirements to donate right now, there are other ways to get involved. Even if you are able to donate, there are still additional ways to make a difference. One of those ways is the Stop the Bleed program, currently offered through Sunnybrook Health Sciences Centre.

Stop the Bleed started in 2015 as an initiative of the American College of Surgeons and the Hartford Consensus that provides civilian bystanders the skills and basic tools to stop uncontrolled bleeding in an emergency situation and save lives. Sunnybrook is Canada’s home for this initiative, as it is the first and largest trauma centre in the country.

“Massive bleeding from any cause, but particularly from an active shooter, explosive event, home or industrial events where bleeding becomes an issue and where delayed response can result in death. Victims can quickly die from uncontrolled bleeding, within five to 10 minutes,” (Stop the Bleed, Sunnybrook). You can register for the course through Sunnybrook’s website here.

If you are interested in learning more about donating blood, or to make an appointment, visit Canadian Blood Services.