We are very proud to call our client, fellow advocate and friend David Stark, Torontonian of the Year! David was instrumental in bringing forward Friends and Families for Safe Streets, a support organization that is working to end traffic violence in Toronto. He has been a stellar advocate for making Toronto streets safer, calling for Vulnerable Road User Laws, including speed reduction, textalyzers, increased fines and other initiatives which will benefit all road users. He has done all of this in light of losing his true love and the mother of his children.

David’s wife Erica was standing on the sidewalk when she was struck down. Although David has voiced his concern for the injustice of the $1,000.00 fine imposed on the driver in relation to the death of his wife in the Highway Traffic Act proceedings, McLeish Orlando Personal Injury Lawyer Patrick Brown and his team were able to bring some justice and closure to David and his family through the successful resolution of their civil law suit a few weeks ago. We are so pleased to have been able to not only represent David though all of this, but also to work alongside him in his continued efforts to make Toronto streets safer for us all. Thank you David, we are so pleased that your hard work is being recognized and supported by so many. 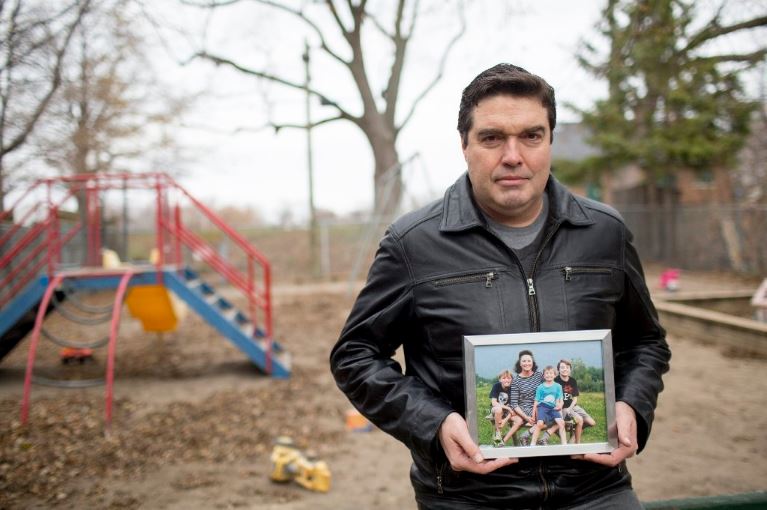