It’s a conversation we dread initiating with our elders. We know they’re likely in denial and might be defensive or angry. We know that losing their licence will reduce their independence and can lead to depression. “The beginning of the end,” is an oft-heard refrain. We also know, though, that there comes a point when something should be done before someone gets hurt.  As personal injury lawyers in Toronto, we have, unfortunately, seen what can happen if action is not taken in a timely manner.

Most often, a middle-aged child will choose to speak to the senior’s physician about our concerns. After all, the doctor doesn’t see a patient every day and can’t be expected to be aware of a slow-creeping or sudden hazard. In most provinces, including Ontario, the doctor is required by law to report unfit drivers to the Ministry of Transportation. (Statistics show that even a verbal warning from a doctor to any patient, of any age, with a chronic health condition, reduces the risk of a serious crash by 40 to 50 per cent.)

When you turn 80 in Ontario, you get a notice to book an appointment for a renewal session and other steps to renew your G driver’s licence. MTO offers a booklet reminding seniors about the rules of the road, and everyone takes part in one group session on senior driver information. You may have to do an on-road test; however, that’s not necessarily the case. You can read all of the details and download the booklet, in many languages, here: http://www.mto.gov.on.ca/english/driver/senior-driver-licence-renewal-program.shtml.

Many people in their 80s and 90s are fine drivers. Some opt to take annual hearing and eye tests to make sure they can clearly see and hear on the road. Some recognize that they should take at least a break from driving, if perhaps their neck is stiff and they can’t check behind them easily for a time.

Those of us with parents who are becoming elderly just need to keep our eyes open, too, and have an honest dialogue if we do see changes in health or behaviour that might impact their safety on our streets. They would do it for us (and probably did, when we were teenagers). 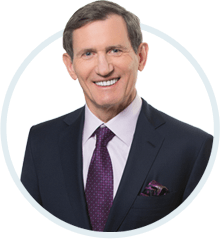