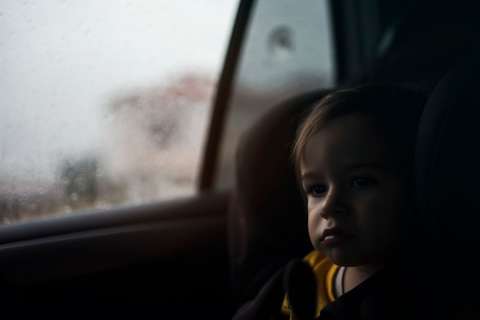 Will an allegation of negligent supervision for a parent allowing their child to ride in a vehicle operated by an impaired driver trigger coverage under an auto insurance policy?

Ontario’s appellate court has decided it will not.

This question was decided recently in the 2019 Court of Appeal for Ontario’s decision in Hunt v Peel Mutual Insurance Company. In July 2014, Mr. Hunt and his daughter were passengers in a vehicle that was involved in a crash in which Hunt’s daughter suffered serious injuries. Mr. Hunt’s girlfriend, the driver of the vehicle, was alleged to be under the influence of alcohol while driving. In his daughter’s claim, Hunt was alleged to have been negligent in allowing his daughter to ride as a passenger in the motor vehicle operated by an impaired driver.

In a motion at the Superior Court of Justice, Hunt sought a declaration that his girlfriend’s vehicle’s insurance policy had a duty to defendant him in the lawsuit, and that he was an “insured person” under the Insurance Act. The Defendant, Peel Mutual Insurance Company, took the position that it did not owe Mr. Hunt a defence or indemnity because the allegations of negligence against Mr. Hunt did not involve the “use or operation” by Mr. Hunt of the insured vehicle.

At the Superior Court of Justice, the Honourable Justice Flynn held that “simply allowing one’s child to ride with an impaired driver, without more, is not enough to trigger the duty to defend and to indemnify” (paragraph 13). The father’s acts in this case did not meet the common law causation test established in Vytlingam (Litigation Guardian of) v Farmer (2007 SCC 46), and did not fall within policy coverage.

At the Court of Appeal for Ontario, the decision of Justice Flynn was upheld and Hunt’s appeal was dismissed. The Court found that the “plain and ordinary meaning of section 239(1)(a) precludes recovery”. Even though Hunt’s daughter injuries arose from the use of the vehicle, Mr. Hunt’s liability for her loss or damage did not. The Court pointed to a statutory requirement that the occupant’s liability must be caused by or connected to the use or operation of the automobile, and determined that the father’s liability for his daughter’s damages did not arise from the use of a vehicle, but rather, from his parenting.

A notice of appeal was recently filed by Mr. Hunt, so we will wait to see if the Supreme Court of Canada will rule in on this important decision.

This case serves to further narrow the scope of s. 239(1)(a) of the Insurance Act, limiting liability coverage under an auto policy for claims of negligence against parents. Another potential avenue for parents sued by children would be through the parent’s homeowner’s insurance policy. However, this too may be limited, as these types of policies often contain provisions which exclude claims of bodily injury to an insured or any individual residing in the same household.

For more information on negligence and minors, check out our blog post here. To read further about how to protect your children in motor vehicles, click here.