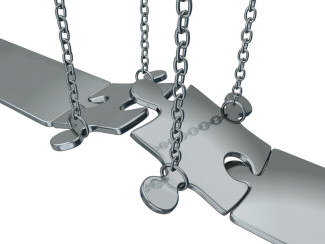 On August 28, 2010, the Toronto Star published a column by Joel Cohen about the changes to auto insurance. We have written several posts about the reductions to benefits and hardship that this will place on innocent accident victims.  It is important that all consumers be aware of how the reductions will impact their coverage.

Mr. Cohen suggested in his column that the changes were necessary because of “skyrocketing litigation costs” and “outrageous settlements.” Mr. Cohen presented absolutely no evidence to support these claims.  If you did not read to the end, you might also have missed the fact that Mr. Cohen represents that auto industry and is the President of the Toronto Automobile Dealers Association.

In a response to Mr. Cohen, Dale Orlando wrote to the Toronto Star on behalf of the Ontario Trial Lawyers Association to defend of the rights of innocent accident victims.  The full text of his response is below:

Joel Cohen of the Toronto Automobile Dealers Association got it wrong when he wrote “another reason the [insurance] system needs fixing is because of skyrocketing litigation costs.”

He needs to get the facts straight. For the past several years, claims for bodily injury, for which injured accident victims are entitled to sue, have remained consistent and predictable. I further challenge Mr. Cohen to find a shred of evidence to prove that court settlements are inflated or “outrageous.” He needs to understand that when someone is seriously injured in an auto accident – and that could be any one of us at some point in the future – their lives are irreversibly changed. They often require extensive treatment and rehabilitation services in order to return to a semblance of a normal life. To suggest that these claims are “outrageous” is not just wrong, it’s offensive.

Mr. Cohen needs to understand that innocent accident victims face significant hurdles before they can ever seek damages for their pain and suffering. Ontario is unique in Canada and likely the world in that claims for pain and suffering are subject to a double whammy of a “verbal threshold” which means that innocent accident victims are not entitled to receive anything at all for pain and suffering unless they can prove to a Judge that their injuries are both permanent and serious. Then, the small minority of claims that meet the threshold are subject to a $30,000 deductible, meaning that the insurance company simply doesn’t pay the first $30,000. Here in Ontario, we continue to face significant restrictions on access to justice and, shamefully, those rights were not restored in this latest round of auto insurance changes.

Much has been written about the role of fraud. It is incumbent upon the insurance industry to first show reliable evidence to support the allegation that fraud is largely responsible for any increases. Second, if there is in fact rampant fraud, insurance companies together with government and stakeholders like OTLA and the Ontario Bar Association should take vigorous action to address it so that consumers are not faced with increased premiums and/or diminished protection! Consumers need to know that while the industry as a whole has cried poor, some insurers have experienced healthy profits in auto insurance.

Auto insurance affects us all. We owe it to consumers not to make off-the-cuff, baseless and irresponsible comments without fully understanding the scope of the problem and the underlying systemic issues in the industry which tend to exacerbate the problem.

A link to Mr. Orlando’s press release is here.  We hope that the Toronto Star will provide balanced coverage of this issue by publishing Mr. Orlando’s response.