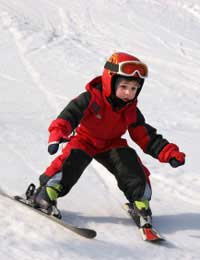 A parent cannot sign away a child’s right to sue by signing a waiver, a British Columbia Supreme Court judge has ruled.

When Wong was 12 and first enrolled in classes at the martial arts centre, his mother signed a waiver.  Justice Peter Willcock agreed that the waiver would have been enough to dismiss the action except for the fact that Wong’s mother could not bind her 12 year-old son by signing a waiver.  He noted that the British Columbia Infants Act does not permit a parent to bind a child to an agreement waiving that child’s right to bring a lawsuit if the child suffers an injury as a result of the organization’s negligence.

Other provinces  do not have legislation equivalent to the B.C. Infants Act.  This leaves open the question of whether parental waivers will be deemed invalid in those provinces.  The general rule in contracts is that contracts with minors for goods and services that are not “necessaries” are not enforceable against the minor.  Assuming waivers and the sporting activities they relate to will not be considered necessary, there is good reason to believe that other courts will follow Justice Willcock’s lead.