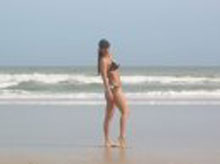 For its part, Manulife acknowledges that it investigates claims by searching Facebook accounts, but it says it would not terminate benefits based solely on information published on a website such as Facebook.

We certainly hope this is the case.  While Facebook posts can give some indication of a person’s activity level, it can also be dangerously misleading.  A photograph depicts only an instant in a person’s life and, as Ms. Blanchard notes, it does not tell the viewer whether the problems remain in the moments before or after the photo was taken.  This is especially true of conditions that are as complex as depression.

Regardless of the outcome of Ms. Blanchard’s dispute with Manulife, the case serves as a further reminder to people to be careful about posting personal information on the internet.