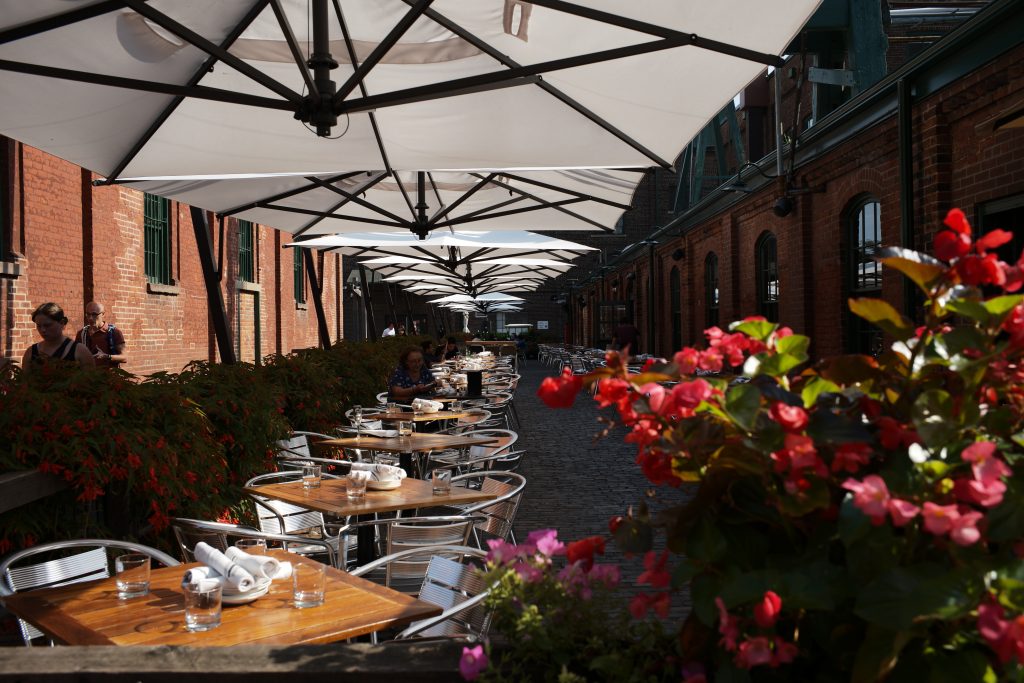 In an attempt to salvage businesses that have been hit hard by the COVID-19 pandemic, many cities in Ontario are approving plans to allow restaurants and bars to expand their patio space onto sidewalks or into the street. On Monday June 29, 2020 Toronto City council approved the “CaféTO” plan that will allow bars and restaurants to do just that. Some cities like Guelph, Ontario, have contemplated closing the streets on weekends to allow bars and restaurants to expand. Whether by having socially distant queues stretching down the sidewalk or through roadside pickups – and now the expansion of patios – the general trend of businesses during the pandemic has been to conduct business beyond their typical property limits.

While this is great news to many Ontarians hoping to get back to a normal way of life, this trend also creates new issues of liability that many businesses should be aware of.

Under the general rules of the Occupiers Liability Act (Act), an occupier is responsible for maintaining a safe premises, and can be held liable if someone is injured on their premises. Pursuant to s.1 of the Act, an occupier includes:

(a) a person who is in physical possession of premises, or

(b) a person who has responsibility for and control over the condition of premises or the activities there carried on, or control over persons allowed to enter the premises, despite the fact that there is more than one occupier of the same premises; (“occupant”)

A second type of special circumstance has been held to exist where an owner assumes sufficient control over the adjacent property to be deemed an occupier under s.1(b) the Act. This is the most relevant circumstance for businesses expanding their premises as a result of COVID-19, and can be explained by the following cases:

In Bogoroch v Toronto, [1991] ON. Gen. Div., the plaintiff was walking on the sidewalk outside of a store when he slipped on ice and fell, resulting in physical injuries. The sidewalk where the slip and fall occurred was owned and maintained by the City of Toronto. The store had a permit allowing it to sell and advertise on part of the sidewalk. Counsel for the store argued that the store could not be held liable for any injuries sustained on the sidewalk as it was not an occupier. The court disagreed. The court found that the store intended to use the entire sidewalk, not just the portion for which it had a permit, to sell and display their goods on a continuing basis. The store had been extended out on to the sidewalk such that the sidewalk essentially became an aisle of the store. This use and dominance of the City’s sidewalk resulted in the court holding the store as an occupier and the store being held liable for the injuries.

In Moody v Toronto (City), [1996] On. Gen. Div., the plaintiff left a Toronto Blue Jays game at the old Skydome and tripped on the sidewalk owned by the City of Toronto just outside of the stadium. The plaintiff argued that the owners of the Skydome should be co-defendants to the City. The court agreed. The court held that the Skydome could be considered an occupier of the sidewalk adjacent to its property due to the fact that the sidewalk was used almost exclusively by the stadium’s attendees and that most attendees have no alternative entrance or ability to watch for hazards due to the crowded nature of the sidewalk.

By expanding business beyond their property limits, businesses are also expanding their potential liability. While stores may not have previously exercised sufficient control over these city-owned sidewalks bordering their businesses, they are now using the sidewalks to control where customers can stand according to markers, and to manage pedestrian traffic flow into their shop. Additionally, many businesses are now operating out of their front door or windows. This changes the control and use of the sidewalks adjacent to their building, and could result in these businesses being held liable for any injuries sustained on those areas that they now have control over. Finally, the expansion of patios means businesses are encroaching on areas they were not previously adjacent to.

Store owners who are expanding their businesses need to take extra precautions to ensure the areas they are controlling and assuming responsibility for are safe and free of hazards for all customers and pedestrians.

For more information on occupier’s liability, and steps to take if you are injured on someone’s property, check out our blogs below: