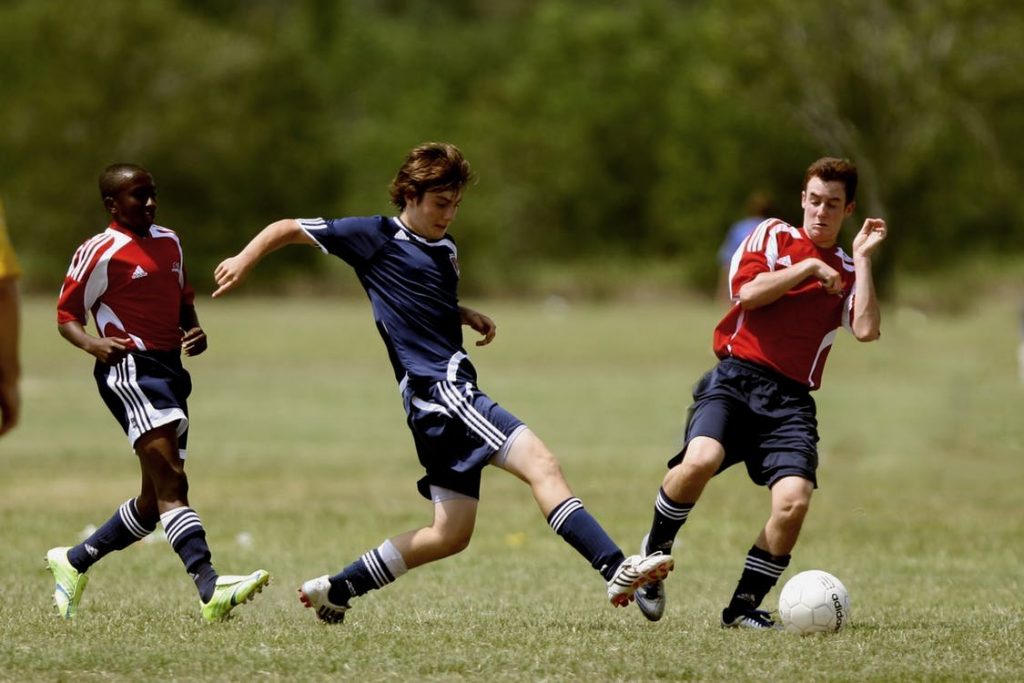 Summer temperatures have finally hit Ontario, which means the season for soccer, football, and other outdoor sports has arrived. Whether you play sports recreationally or competitively, it is important to safeguard against potential risks while on the field, particularly when it comes to injuries to the head. It is well known that athletes who play sports that involve hard balls such as soccer and baseball, as well as contact sports such as football and rugby, are vulnerable to experiencing concussions while they play. It is less well known, however, that concussions are actually a form of brain injury.

Concussions are a form of mild Traumatic Brain Injury that results from a direct or indirect blow to the head or jaw, causing an alteration of brain function. During a concussion, the sudden shifting of the brain knocking against the hard bone of the skull causes bruising to the brain, thereby damaging brain cells

Concussions are often difficult to detect because there may be no visible injuries to the structure of the brain, meaning they cannot be discovered through X-Rays, CT- scans, or MRIs. In 90% of sports-related concussions, the athlete does not lose consciousness, making it even harder to recognize that something is wrong. Fortunately, there are some common symptoms within the first 24 to 48 hours that can help inform an athlete that they may have a concussion:

If any of these symptoms are experienced after receiving a blow to the head, it is critical that the athlete stop playing the sport and get medical attention as soon as possible. Although this may be difficult to hear as a training athlete, one of the most important steps to recovery is complete rest. If an athlete continues to play sports, they risk hindering their recovery, or even worse, potentially suffering a second head injury that could be fatal. This was the case for rugby player Rowan Stringer, who died from Second Impact Syndrome. You can read Rowan’s story here.

Complete rest not only means stopping all physical activity, but also stopping any cognitive activity that requires attention and concentration, such as reading, watching movies, and even texting. An athlete must rest until all physical, cognitive, and emotional symptoms of the concussion are completely gone, which can take anywhere from a few days to a few weeks. The risk for a second concussion is greatest within the first 10 days after the initial concussion, meaning complete rest is essential for at least that time period.

It is best to check with a doctor or concussion specialist before returning to a sport even if symptoms have seemingly disappeared. About 80-90% of concussions heal within the first 7 to 10 days, however, children and teens may require longer resting periods than adults because their developing brains cause them to experience different physiological responses to concussions. Dr. Rosemarie Moser, a sports concussion neuropsychologist, recommends taking a minimum of three weeks off before returning to any sport. Each individual’s road to recovery will be different, but the key is slow, gradual re-integration of physical and cognitive activities.

Preventative measures can be taken to reduce the likelihood of acquiring a concussion. These include:

By employing these preventative steps, athletes can play their favourite outdoor sport and focus on the game rather than on the possibility of getting hurt. Concussions are preventable but also treatable if proper measures are taken. To learn more about concussions and Brain Injury Month, visit the Brain Injury Canada website here.

If you or someone you love has suffered from a severe concussion, contact one of the critical injury lawyers at McLeish Orlando LLP for a free consultation.