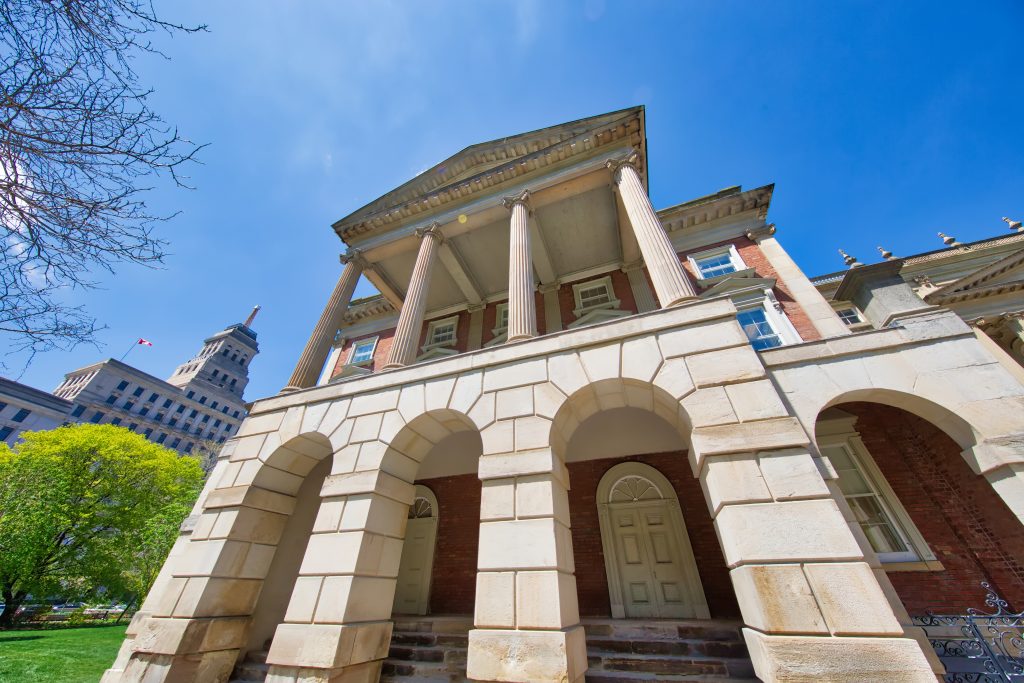 In personal injury claims, the issue of bifurcation often arises when parties seek to have the issues of liability and damages decided in separate hearings by the trier of fact. Bifurcation in trials is governed by Rule 6.1.01 of the Rules of Civil Procedure, which states:

With the consent of the parties, the court may order a separate hearing on one or more issues in a proceeding, including separate hearings on the issues of liability and damages.[1]

In Duggan v Durham Region Non-Profit Housing Corporation, 2020 ONCA 788, the issue before the Court of Appeal was the proper interpretation of r. 6.1.01. The Court ultimately held that consent by the parties is required in both jury and non-jury trials to bifurcate a trial.

In Duggan v Durham Region Non-Profit Housing Corporation, the infant plaintiff fell from the second-floor balcony of the apartment that his parents were leasing from Durham Region Non-Profit Housing Corporation, suffering significant head injuries. In 2017, the plaintiffs moved for an extension of three years’ time to set the matter down for trial in order to obtain further evidence of the infant plaintiff’s injuries and prognosis as he aged so as to properly assess damages. The defendant opposed the motion, and in the alternate, asked to bifurcate the issues of liability and damages at trial. The Master granted the request to extend the time for the plaintiffs but also granted the defendant’s request to bifurcate the trial to allow a hearing on the issue of liability before the damages hearing.

The plaintiffs appealed the matter to the Superior Court, where the appeal judge upheld the Master’s decision. Leave to appeal was granted by the Divisional Court. At the Divisional Court, the majority upheld the decision that the court had inherent jurisdiction to bifurcate non-jury trials without the consent of the parties. The reason for the majority’s decision was because the wording in r. 6.1.01 was not clear enough and the word “may” in the rule was considered the permissive language that allowed the court to make a bifurcation order without the consent of the parties. The dissenting judge at the Divisional Court disagreed, finding that the court had no authority to bifurcate the trial without the consent of the parties.

Leave to appeal to the Ontario Court of Appeal was granted to address the sole issue of whether r. 6.1.01 limited the court’s ability to bifurcate a trial only on consent in both jury and non-jury trials, or whether the court retained its inherent jurisdiction to bifurcate a non-jury trial over the objection of one or both parties.

In writing the unanimous judgment, Justice Feldman held that the lower court’s findings constituted an error of law in the interpretation of the rule.

In this case, the rule cannot be interpreted to mean that the court is granted the discretionary power to order bifurcation where there is consent, but it can also order bifurcation without consent. The authority of the court to make the bifurcation order is predicated on the opening words of the rule, “with the consent of the parties”. Contrary to the finding of the majority below, by making consent a precondition of the exercise of the court’s discretion, the drafters have used clear and precise language that limits the court’s authority under the rule to consensual orders. To interpret it otherwise, would undermine the unequivocal wording and meaning of the rule. Inherent jurisdiction cannot be exercised so as to conflict with a statute or rule: Baxter, at p. 480.[2] [emphasis added]

In analyzing the statutory provision, the Court found that r. 6.1.01 limited the court’s ability to exercise its discretion where the parties consent to bifurcation. The use of the word “may” in r. 6.1.01 is to have one meaning in terms of the court’s power; the court can refuse to grant the bifurcation motion, despite the consent of the parties.[3]

Justice Feldman concluded by addressing the issue of stare decisis, finding that the courts below had erred in failing to consider Justice Molloy’s analysis of r. 6.1.01 in Bondy-Rafael v. Potrebic, 2015 ONSC 3655. In Bondy-Rafael, Justice Molloy held that r. 6.1.01 applies to both jury and non-jury trials. The courts below had mistakenly reasoned that because Bondy-Rafael was a jury case, it was obiter dictum, and therefore did not remove the court’s inherent jurisdiction to bifurcate non-jury trials without the consent of the parties.

Justice Feldman held that the courts below made an error of law by failing to treat Bondy-Rafael as binding. The Court of Appeal set aside the decision of the Divisional Court and set aside the order to bifurcate the trial.

The Court of Appeal was clear that the interpretation of r. 6.1.01 of the Rules of Civil Procedure means that the consent of the parties is needed for bifurcation in both jury and non-jury trials.